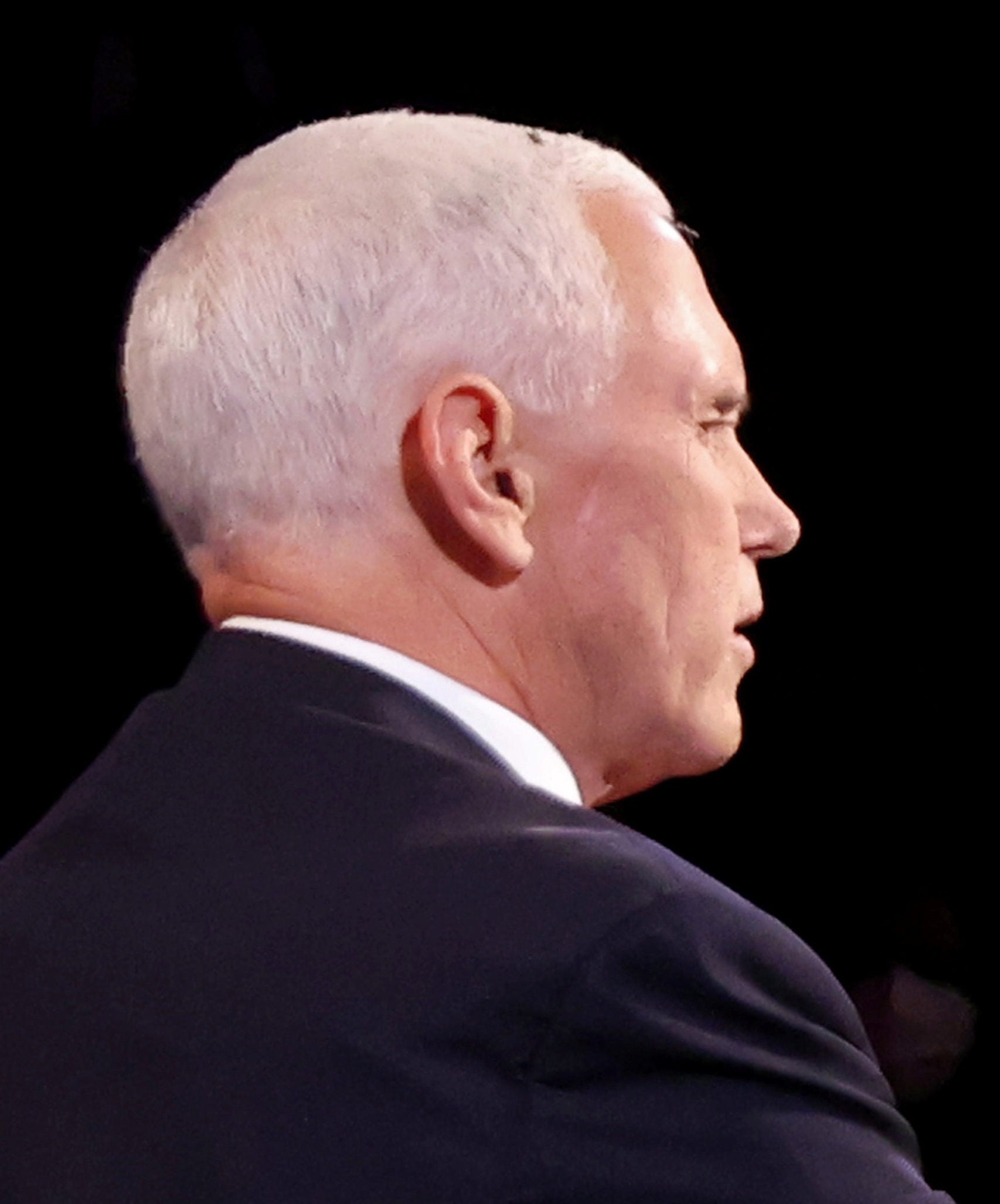 BUZZ A fly is seen on the head of US Vice President Mike Pence as he debates with the Democratic vice presidential nominee, United States Sen. Kamala Harris. —REUTERS

The insect sat there for several minutes during the matchup, distracting viewers who perhaps may have been looking for a break from all the talk of taxes and trade.

“The fly won the debate,” Jeanne Duncan, an Oregon writer, posted on Twitter.

The fly hung on as the Republican former congressman and former Indiana governor shook his head and parried with Harris, appearing secure in the knowledge that the candidate was not in a position to shoo it away. Pence’s left eye was noticeably bloodshot.

A short time later, it was gone, but its legend was only growing.

Harris’ running mate, Democratic presidential candidate Joe Biden, posted a picture of himself with a fly swatter on Twitter, asking supporters to “Pitch in $5 to help this campaign fly.”

His campaign set up a website, flywillvote.com, to register voters. Within the hour, it was selling a “Truth over Flies” fly swatter for $10.

Pence’s staff chose not to capitalize on the uninvited guest. In a postdebate call, senior adviser Jason Miller had a different animal in mind. “We had a deer in the headlights look from Senator Harris tonight,” he said.

Some Democrats took the opportunity to bring up US President Donald Trump’s COVID-19 infection. “The fly needs to be quarantined,” Democratic Rep. Ilhan Omar wrote.

Republican Sen. Rand Paul had a different spin: “The deep state planted a bug on @VP. This illegal spying is really out of control.”

Stephen Colbert, host of “The Late Show” on CBS, suggested that by remaining perched in Pence’s hair for two minutes or so, the fly had a greater attention span than Trump himself.