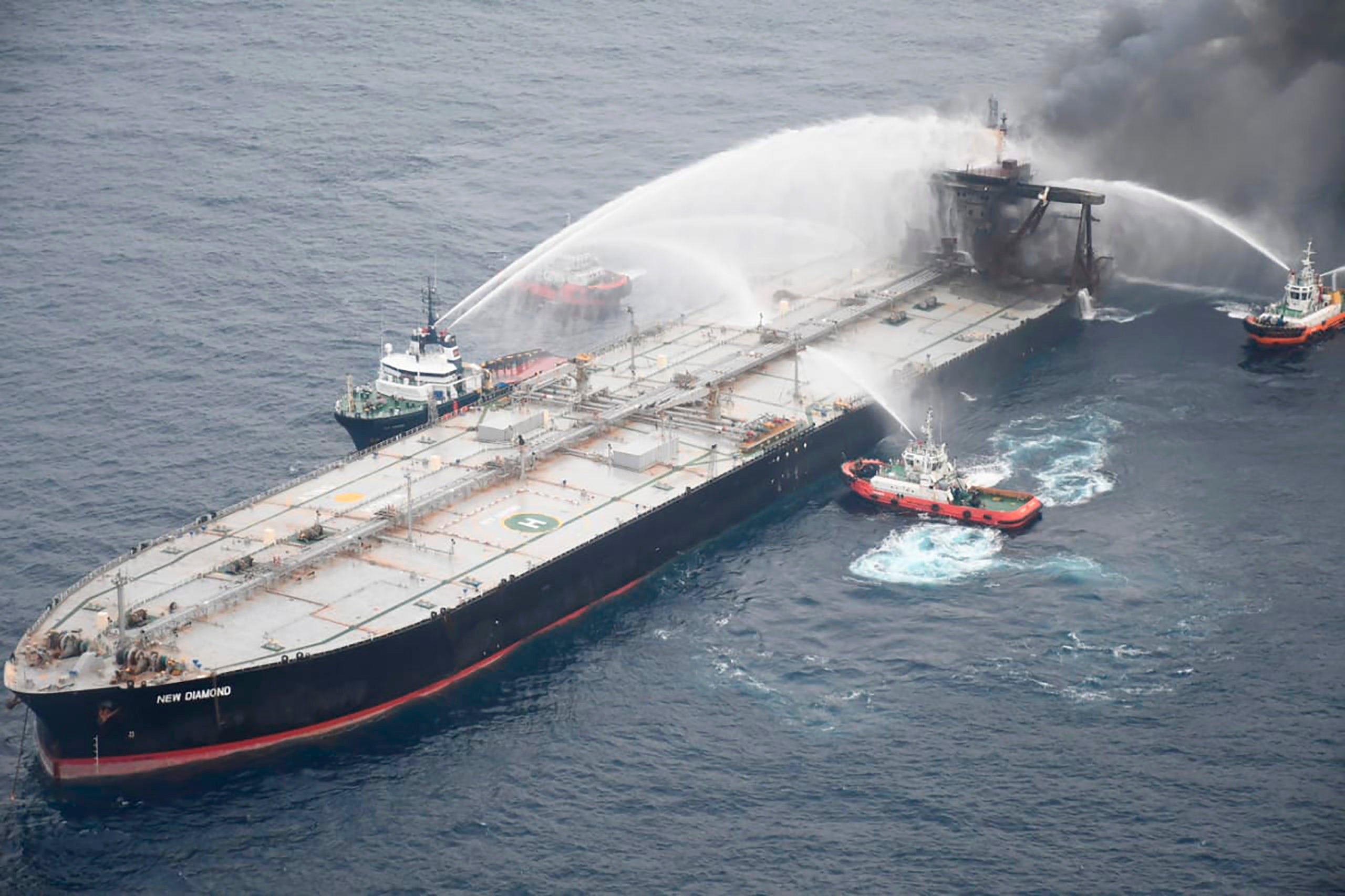 This photo released by Sri Lankan Air Force shows ships fighting fire on the MT New Diamond, about 30 nautical miles off the coast of Sri Lanka, Tuesday, Sept. 8, 2020. Ships and aircraft from Sri Lanka and India intensified efforts to extinguish a new fire on an oil tanker off Sri Lanka’s coast on Tuesday, two days after the previous three-day blaze was doused, the navy said. (Sri Lankan Air Force via AP)

COLOMBO, Sri Lanka — Sri Lanka on Thursday indicted the Greek skipper of a fire-damaged supertanker for causing an oil spill and failing to report the environmental damage to the island’s waters.

The Panamanian-registered New Diamond, traveling from Kuwait to India with 270,000 tonnes of crude oil, was passing by Sri Lanka’s east coast when the fire broke out on September 3.

Firefighters succeeded in putting out the blaze, and the crude remained unaffected but some of the tanker’s fuel leaked.

A date for a hearing is yet to be announced.

The fire started after an engine room boiler exploded, killing one crew member.

The remaining crew of 22, including the skipper, were rescued and are currently in Sri Lanka.

The stricken tanker was towed to Sharjah’s Khorfakkan port in the United Arab Emirates after the owners paid Sri Lanka a claim of $2.38 million for dousing the fire.