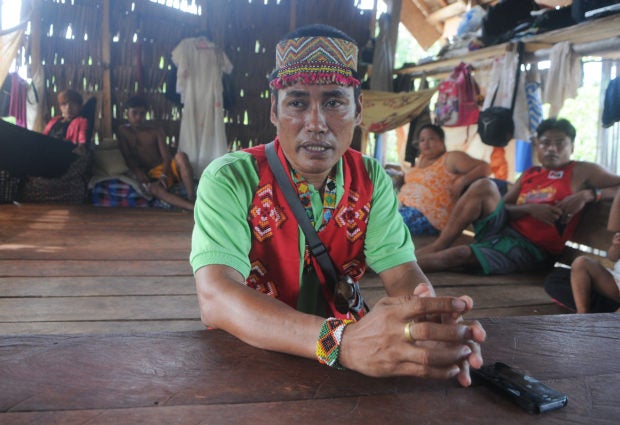 CAGAYAN DE ORO –– The alleged leader of the Mangahat fighters––a paramilitary group allegedly responsible for the 2015 killing of alternative school teacher Emerito Samarca and the burning of a lumad school––was killed along with two of his companions in an ambush staged by communist rebels in Surigao del Sur on Sunday, the military said.

Bucales and his six companions were returning home after he installed a lumad leader in Barangay Banahao when suspected rebels ambushed them along the way.

”Bucales and his group fought back and was able to retreat. He went back to get his two wounded companions but unfortunately, he was hit and died,” Punzalan said.

Bucales was tagged as the leader of the Mangahat-Bagani paramilitary group responsible for the killing of Samarca, 54, executive director of the Alternative Learning Center for Agriculture and Livelihood Development (Alcadev) and another Lumad leader and the burning of a lumad school in Sitio Han-ayan, Diatagon town in Surigao del Sur on Sept 1, 2015.

Pimentel and Guingona issued statements calling for the arrest of Bucales and another lumad leader named Marcial Belandres; and the disbandment of the Mangahat-Bagani group whom they accused of having ties with the military.

Bucales denied the accusation and offered a narrative to what happened.

He said it started when his relatives led by a certain Bobby Tejero went back to join the communist rebels, bringing along with them five high-powered firearms from Datu Calpit Egua in October 2014.

He said Calpit angered that his rifles were stolen, armed the lumads, and ordered the burning of the lumad school and the killing of Samarca.

He said Calpit, who was his uncle, was the richest among the datus (tribal chieftains), having a gold ore mining site along the boundary areas of Barangay La Purisima in Prosperidad town and Barangay San Juan in Bayugan town of Agusan del Sur.