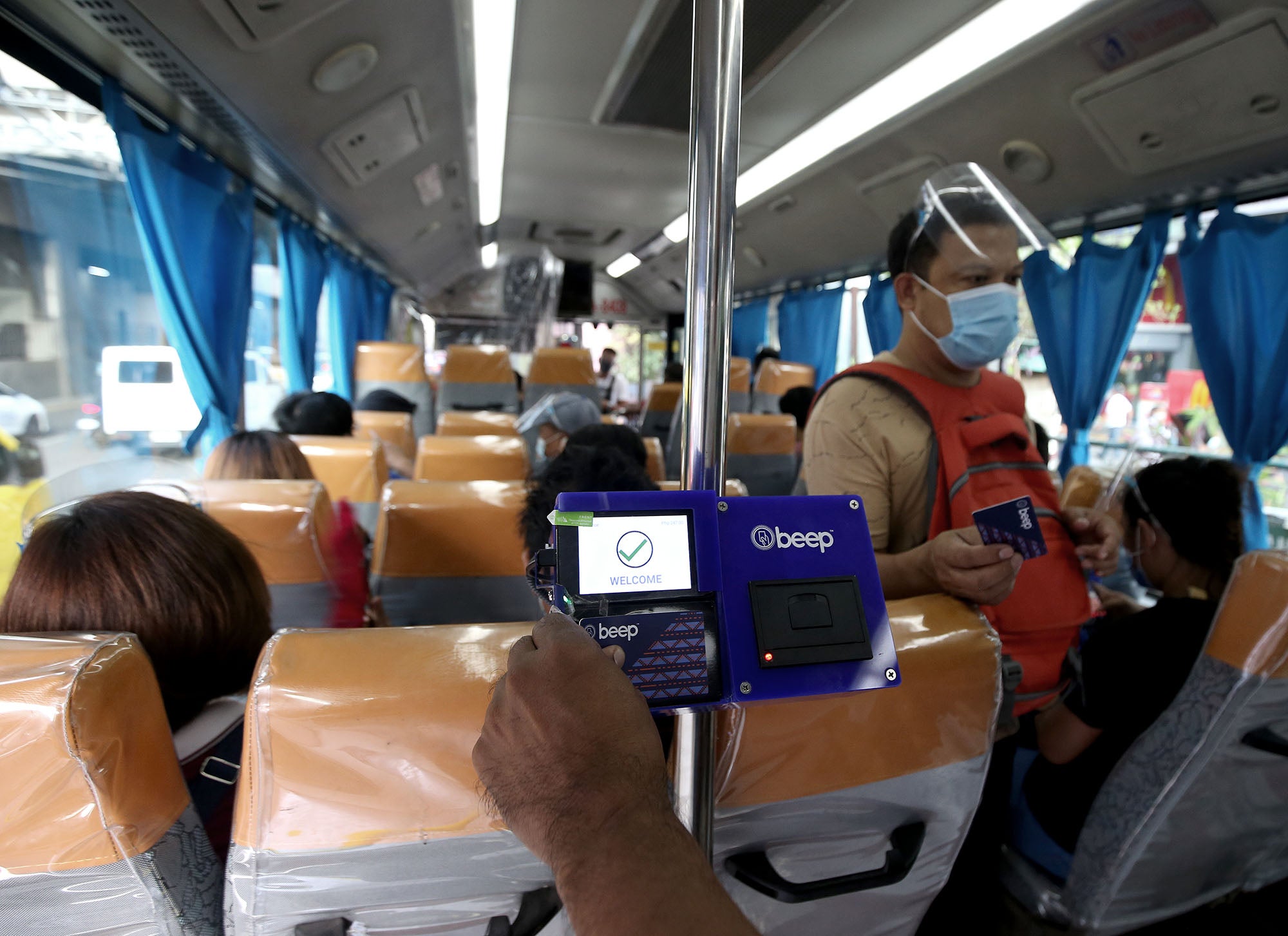 MANILA, Philippines — Vice President Leni Robredo on Sunday lamented the supposed lack of communication between transportation officials and AF Payments Inc. (AFPI) over the use of beep cards for Edsa Busway commuters.

In her weekly radio program “Biserbisyong Leni”, Robredo said that while she agrees with the use of cashless transactions at a time of a pandemic, she does not agree with the miscommunication in the use of the beep cards.

(When the people were being interviewed in the news, they were shocked. So why would you enforce something that has no information drive? People could have reacted before this was done, before it was implemented.)

On the first day that the Automatic Fare Collection System (ACFS) was implemented, commuters complained that fare cards being sold at bus stations were at P180 or P100 for the card and P80 for the load.

Because of this, the Department of Transportation (DOTr) urged AFPI to remove the service fee and other charges on the fare card, saying that it was causing an “additional burden” on commuters.

The DOTr further warned to suspend the use of beep cards if AFPI will not issue it for free.

Aside from this, Robredo floated the idea that beep cards be given for free to people, especially those who are most affected by the COVID-19 pandemic.

(My suggestion, let’s just help them. That’s P80 on per passenger. The problem is if you don’t inform them, we know that many of our people have exact change with them.)

(If only, let’s say for example the poor, the indigents, they should have been given beep cards, then they should have informed them that “This has an initial load of P100, but in the next days, you will have to reload it yourself.” So they could save up for it.)

Robredo, however, added that transportation officials and the AFPI should have talked about the use of the  beep cards.

(For me, I always point this out, you should have talked to each other first. We always say that so you would not have to contradict each other.)