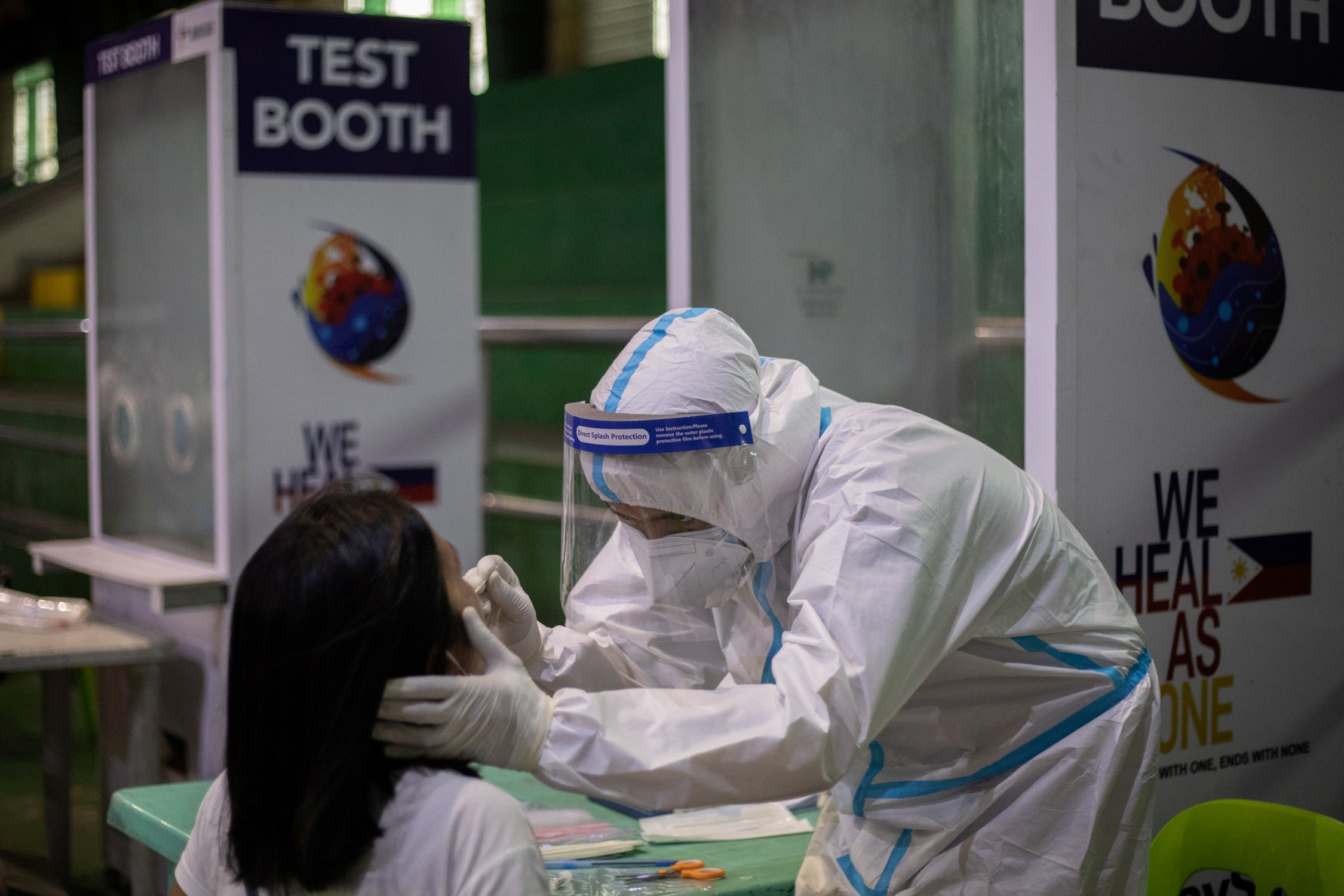 MANILA, Philippines — Vice President Leni Robredo on Sunday batted for an increase in the number of tests for the coronavirus disease (COVID-19) after citing a research group’s findings that testing has slowed down during the second half of September.

(For me, there is an analysis that I have seen from ABS-CBN, they have a research group which stated that the data for September is better but there are still improvements needed.)

(One of their concerns was the testing. Isn’t it during August until September, our testing improved. We reached our May targets of 30,000 tests. In fact, in some days 40,000 tests were reached. But based on the group’s analysis, testing has slowed down during the second half of September.)

The Philippines must increase its testing capacity to achieve a target of 4 percent when it comes to the positivity rate for the respiratory disease, Robredo also noted.

(But to reach this, we need to raise our number of tests. We should improve our testing capacity because this is what we need to decrease the positivity rate.)

According to the John Hopkins Bloomberg School of Public Health in the U.S., the positivity rate helps public health officials to determine the level of COVID-19 transmission in the community as well as the testing capacity for infected residents.

It added that a higher positivity rate suggests there is higher virus transmission in the community and that there are more people with the coronavirus disease who have yet to be tested.