MANILA, Philippines — Philippine Health Insurance Corp. (PhilHealth) officials were involved in a conspiracy to pay more than P2.7 billion to 139 hospitals and other health-care institutions (HCIs) in the National Capital Region (NCR), many of them maternity clinics and dialysis centers, in violation of the state insurer’s own guidelines for supporting medical responses to the COVID-19 pandemic, according to the National Bureau of Investigation.

The NBI’s criminal complaint filed on Friday in the Office of the Ombudsman found resigned President and Chief Executive Officer Ricardo Morales and eight other PhilHealth officials liable for malversation and graft and corruption.

In its 29-page complaint affidavit, the NBI said the PhilHealth officials were involved in the highly questionable release of funds from the P30-billion interim reimbursement mechanism (IRM).

The IRM is a funding measure intended to reimburse HCIs to allow them to continue responding to a national emergency or calamity, such as the aftermath of Supertyphoon “Yolanda” (international name: Haiyan) in 2013 and the Marawi siege in 2017. In the current crisis, it is for the COVID-19 pandemic.

The disbursement of the fund was supposed to follow guidelines spelled out in PhilHealth’s Circular 2020-0007, which was ratified by the PhilHealth board on March 30, the NBI said. 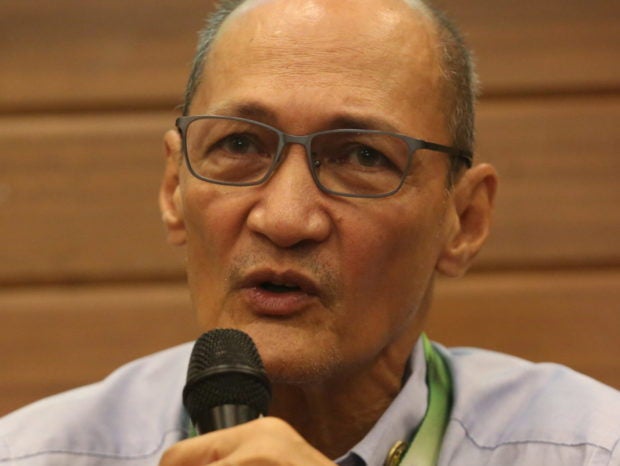 It said IRM funds released before June 11 were deemed “invalid and without legal basis” as it became effective only on that day after the requirements of publication and filing of administrative issuances for the PhilHealth circular were completed.

“PhilHealth officials consented to the misappropriation of IRM funds totaling to P2,709,313,842.90 by approving the release of such public funds prior to effectivity of PhilHealth Circular 2020-0007 and contrary to provisions thereof,” the complaint said.

“Noteworthy also is the fact that the IRM funds allocated for the specific purpose of addressing the COVID-19 pandemic was utilized to address non-COVID-19 diseases,” it said. Many of the HCIs were maternity and dialysis clinics and some were facing administrative charges from the state insurer itself.

The NBI said it found “clear and convincing evidence” that Morales, Limsiaco, Pargas, Rulloda, De Vera, Tuliao, Sibucao and Padua “colluded in the release of the IRM fund” before the circular became effective.

“All subjects must be held liable for conspiring” in violating the Anti-Graft and Corrupt Practices Act for causing “undue injury” to the government and giving private parties “unwarranted benefit,” the complaint said.

“Their acts of predetermining the HCIs to receive the IRM funds and its subsequent processing and releasing of IRM funds prior to effectivity of PhilHealth Circular 2020-0007 and contrary to provisions thereof, gave unwarranted benefits, advantage and preference to the HCIs in NCR,” it said.

The NBI cited the testimony of Etrobal Laborte, an aide of Morales who had resigned and turned whistleblower, who said that the former PhilHealth chief, Limsiaco, and Walter Bacareza, area vice president for the Visayas, “deliberately adopted” the same 90-day historical benefit claim that was used in the aftermath of Yolanda and the Marawi siege in computing the amount to be paid to HCls.

It pointed out that such reckoning should not have been enforced since applying it for all HCIs in the country during the pandemic “would instantly deplete the coffers of PhilHealth.”

But it said that Morales and the others “calculatedly predetermined their favored HCls, especially in Region 8, where they derived 2-percent minimum cash rebates.” 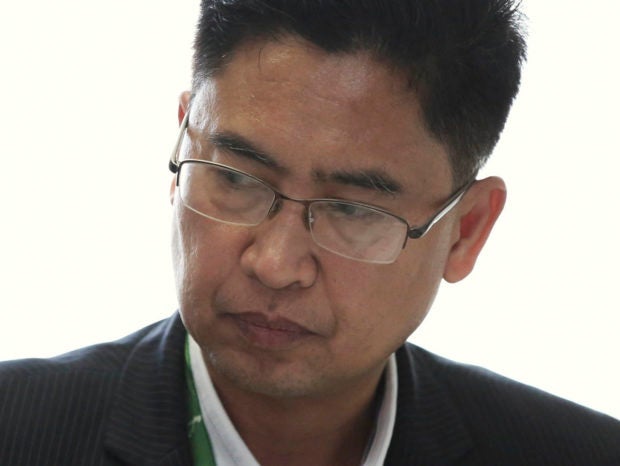 Elaborating on the special favors given out, the NBI said Limsiaco and Bacareza, both of whom were from Leyte, informed HCIs in Region that IRM funds were available as early as March 13, days before President Duterte declared a national calamity due to the pandemic.

Prior to that, the NBI said Morales approved the draft of the IRM policy which they also designed, all in the afternoon of March 13, a Friday.

On the same night, Limsiaco and Bacareza flew to their hometown in Leyte, the NBI said.

By the following Monday, applications and presigned memorandums of agreement (MOAs) were piling up in the office of Morales, mostly from Regions 8 and 5, which had no significant number of COVID-19 cases at the time, the NBI said.

A MOA details the allowed reimbursements to be paid by PhilHealth.

“PCEO Morales, SVP Limsiaco and AVP Bacareza [have] conspired and confederated in predetermining the HCIs particularly in Regions 8 and 5 to outshine other HCIs in the grant of the IRM funds, thus giving HCls in the said regions unwarranted benefits, advantage or preference,” the NBI said, adding that it appears the chosen HCIs which benefited from the IRM funds were “predetermined.”

The NBI complaint did not identify the hospitals or HCIs that allegedly were “favored” in Regions 8 and 5. It stressed that not all the HCIs which benefited from the IRM funds treated coronavirus patients. Of the 139 HCIs in Metro Manila listed by the NBI, around 40 were dialysis and maternity clinics that did not treat any COVID-19 patients.

As an example, it cited B. Braun Avitum Philippines, a dialysis center with several branches in Metro Manila. The NBI found that four of its branches received more than P33 million in “a short period of time.”

Two of its branches in Tondo, Manila, filed MOAs on April 15. The reimbursements were released on April 23. The two branches in Quezon City were paid on that same day, just a day after filing for reimbursement.

The NBI complaint also said the PhilHealth officials did not deduct or withhold taxes from the IRM fund payments or cash advances to the different private HCIs in violation of Republic Act No. 1051. The law requires all government agencies, corporations and local governments to deduct and withhold taxes from any payments they make to private individuals or businesses.

It said the respondents decided to start keeping the expanded withholding tax on all IRM funds only on Aug. 3, and only after senators approved a resolution to investigate the use of the IRM.

NBI investigators said PhilHealth did make remittances to the Bureau of Internal Revenue amounting to P156 million, allegedly representing the withholding tax for disbursed IRM funds, but found that the money came from the state insurance agency’s corporate operating budget, which the agency said it will recover only “upon liquidation by the HCIs.”