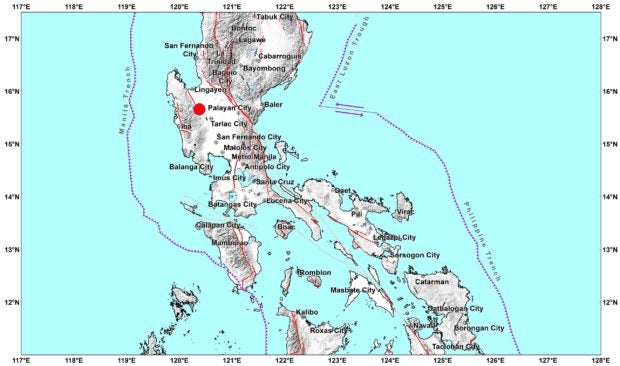 MANILA, Philippines —A magnitude 4.6 earthquake shook Tarlac and nearby areas on Saturday night,  the Philippine Institute of Volcanology and Seismology (Phivolcs) said.

Based on the initial Phivolcs bulletin, tremor hit 5 kilometers southwest of Camiling, Tarlac at 10:15 p.m.

The quake, which was tectonic in origin, had a depth of 11 km.

The earthquake was felt at various reported intensities in the following areas:

State seismologists assured the public that no aftershocks and damage were expected from the earthquake.