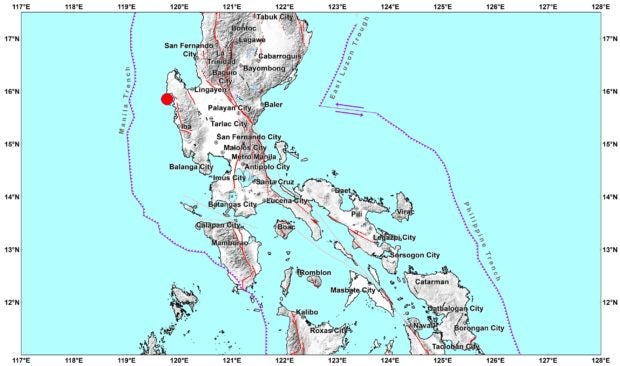 In an initial report, the Philippine Institute of Volcanology and Seismology (Phivolcs) said the quake hit 15 kilometers (kms) northwest of Infanta, Pangasinan at 2:56 p.m.

The tremor, which was tectonic in origin, had a depth of 23 kms.

The tremor was also felt with an Intensity IV in Alaminos City in Pangasinan and Intensity III in Laoac, Pangasinan.

Phivolcs also said the quake was felt with an Intensity III in Dagupan City.

Aftershocks are not expected after the quake, according to Phivolcs.