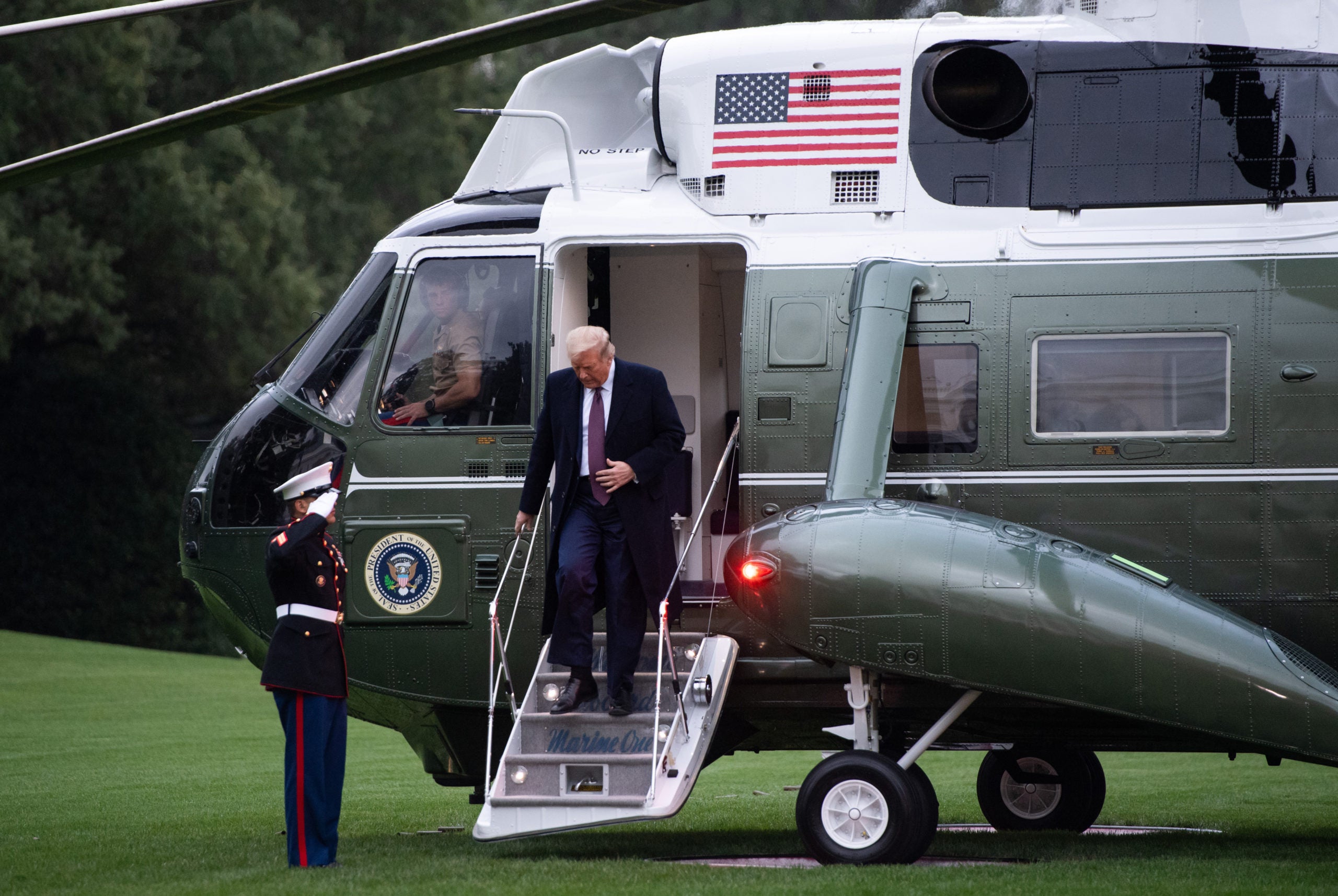 US President Donald Trump steps off Marine One after arriving on the South Lawn of the White House in Washington, DC, October 1, 2020, following campaign events in New Jersey. (Photo by SAUL LOEB / AFP)

“Tonight, @FLOTUS and I tested positive for COVID-19. We will begin our quarantine and recovery process immediately. We will get through this TOGETHER!,” Trump tweeted.

Trump’s official physician, Sean Conley, said in a statement that the president and his wife “are both well at this time and they plan to remain home at the White House during their convalescence.”

Conley said: “I expect the president to continue carrying out his duties without disruption while recovering.”

The shock news came right after one of Trump’s closest advisors, Hope Hicks, was reported Thursday to have come down with the virus.

Hicks traveled with Trump to Cleveland for his first debate with  Democrat Joe Biden on Tuesday. She was with him again for a campaign rally in Minnesota on Wednesday.

With Hicks sharing Trump’s Air Force One plane and the even more cramped confines of the Marine One helicopter, speculation immediately erupted that Trump and possibly many others in his close entourage were exposed.

Despite Hicks’ diagnosis, Trump took another Air Force One trip on Thursday to meet with donors in New Jersey.

It was only late Thursday that Trump confirmed media reports about Hicks while giving an interview to Fox News. He announced that he had been tested but did not say whether he had received the results.

“You know I spend a lot of time with Hope, and so does the first lady,” Trump said.

Trump says the United States has put behind the worst of the coronavirus pandemic, which has killed more than 200,000 Americans, and he rarely wears a mask, noting that he receives frequent testing.

However, his own health experts have often given less rosy assessments of the state of the pandemic in the world’s richest country.

And Trump has been sharply criticized for the large rallies where few supporters wear masks. He himself has given mixed signals to the public on the need for wearing masks at all.

By contrast, Biden has run a low-key campaign with social distancing at most events, no large gatherings, and conspicuous use of his mask wherever he goes.

White House spokesman Judd Deere earlier said: “The president takes the health and safety of himself and everyone who works in support of him and the American people very seriously.”

Deere said the White House takes care to follow procedures “for limiting COVID-19 exposure to the greatest extent possible both on complex and when the president is traveling.”

It also looked certain that Trump would have to cancel a trip scheduled for this weekend in Wisconsin, another battleground. He had also been expected to travel frequently next week, including longer distances to western states.

A second televised debate with Biden is scheduled for October 15.