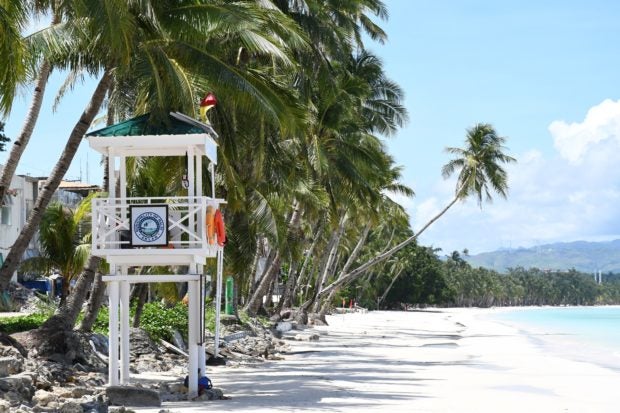 MANILA, Philippines — Only 35 tourists arrived in world-renowned Boracay Island after it reopened its doors to tourists from all regions on Thursday, Tourism Secretary Bernadette Romulo – Puyat said Friday.

“There were actually 35 tourists who came to Boracay yesterday by air, land and sea,” Puyat said in an interview on ANC’s “Headstart.”

“Of course there were people from Aklan, also some from Iloilo,” she added. “Yung mga tiga-Manila would only be seven (Only seven came from Metro Manila.)

The Boracay Inter-Agency Task Force (BIATF), however, imposed a requirement that incoming tourists should  have negative RT-PCR test result not earlier than 48 hours before they travel. This rule, however, exempts Aklan residents.

Puyat, meanwhile, said that originally, tourism officials decided that the “cheaper” antigen testing would be required for tourists visiting the island.

“But then [the World Health Organization] came out again and said we have to be cautious about antigen. So again it was changed to an RT-PCR [test],” she said.

The antigen test is said to detect coronavirus molecules that trigger immune responses within 15 minutes. However, the WHO advised against using antigen tests for screening travellers.

Currently, a pilot study is being conducted in Baguio City, where travellers are subjected to undergo both RT-PCR tests as well as an antigen tests to determine if laboratory results match.

Puyat said that aside from the RT-PCR test, Boracay – bound tourists must also have a confirmed booking with a DOT – accredited establishment.

They must fill out a health declaration from the Aklan local government official website to receive a quick response (QR) Code.

“So that QR Code, once you arrive in the island will be your QR Code all throughout, that will be used for contact tracing,” Puyat explained.

And are children below a year old also required to undergo RT-PCR?

“When it’s applicable. I know that one year and below, hindi naman kailangan ng (it’s not needed) RT-PCR, so when it is applicable,” Puyat said.