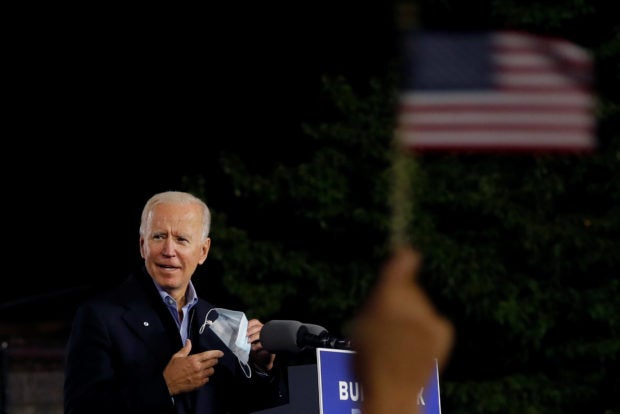 The group, called Former Republican National Security Officials for Biden, launched in August with 70 members. The new endorsements will bring it to nearly 130 individuals who have publicly broken with the Republican president, including seven who served under Trump, people familiar with the effort said.

Others worked as senior defense and security officials in the administrations of Republican Presidents Ronald Reagan, George H.W. Bush and George W. Bush.

The ad accuses Trump of being unfit to serve as president and of having failed America with his response to the novel coronavirus pandemic, which has killed more than 200,000 people in the United States and triggered a severe economic downturn.

The group also will run a TV ad during Fox & Friends, which Trump is known to watch. The ad features Michael Leiter, former director of the National Counterterrorism Center, accusing Trump of making the United States less safe because of his disregard for facts, his criticism of America’s intelligence officials and his demeaning of U.S. allies.

“He has an inability to clearly condemn white supremacists,” Neumann said. “He either likes the ambiguity or he’s intentionally endorsing these people. He’s unfit, and I think he’s extremely dangerous.”

The Trump campaign has described Republican-led groups campaigning for Biden as disaffected former officials “trying to take down the duly elected president of the United States.” Trump on Twitter last year referred to “Never Trump Republicans” are “human scum.”

The organizations of Republicans backing Biden include Republican Voters Against Trump and 43 Alumni for Biden, which consists of hundreds of officials who worked for George W. Bush.

Collectively, the groups object to Trump’s alienation of U.S. allies and his leadership at home, including his handling of the coronavirus and his reaction to nationwide protests over racial injustice and police brutality against Black Americans.