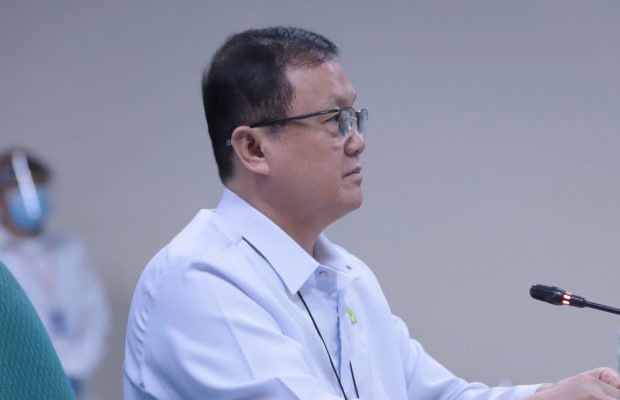 MANILA, Philippines — For the third time, a panel of the Commission on Appointments (CA) suspended its hearing without approving the appointment of Eduardo del Rosario as head of the Department of Human Settlements and Urban Development (DHSUD).

During the hearing of the commission’s Committee on Human Settlements and Urban Development on Wednesday, Davao Oriental Rep. Joel Mayo Almario moved to suspend consideration of Del Rosario’s confirmation.

This was called to give time for the committee secretariat to come up with a system that would allow the members to observe the practice of secret voting.

“We have an unprecedented, unthought of scenario that while we use to vote on a secret balloting, we are on Webex and we have not thought of how voting will be done to protect the identity of those who will vote in favor or against,” Almario, who participated virtually, pointed out.

During these hearings, Del Rosario was quizzed on updates on the Marawi rehabilitation, among others.

Lawmakers also asked Del Rosario on what policies he would take in order to address developers who fail to comply with housing development requirements.

“We want to see a clear policy of how the department can address developers which did not comply with requirements…I’d like to bring it up as a policy concern. I’m very sure that in other parts of the country, meron ding mga ganito [there are also such thing like this],” Almario told the housing chief.