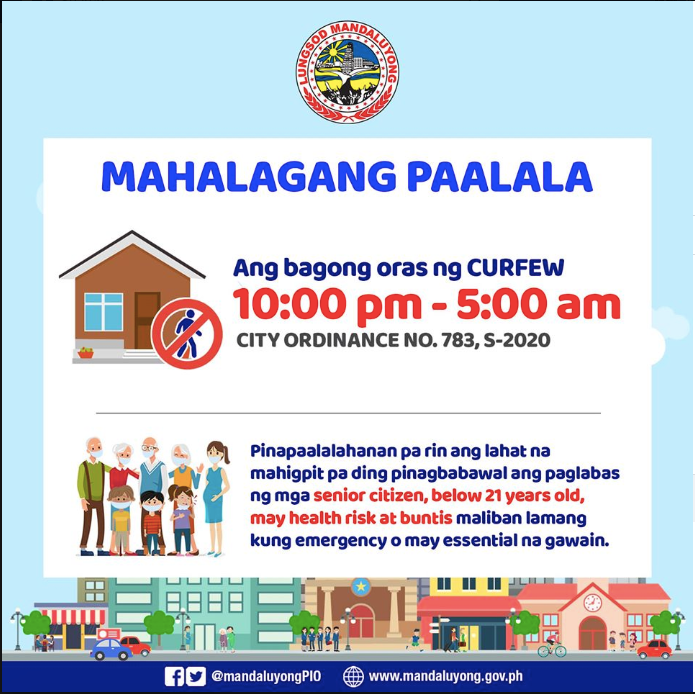 MANILA, Philippines — Removing the existing curfew hours of 10 p.m. to 5 a.m. in Metro Manila will be among those to be discussed in an upcoming meeting of Metro mayors, Parañaque City Mayor Edwin Olivarez said Wednesday.

(We are looking at removing the curfew.)

(In our next meeting, that will be among our main agenda in order to open the economy.)

More businesses reopened at a limited capacity as Metro Manila stayed under the general community quarantine (GCQ) in September.

Among the businesses that partly reopened were dine-in restaurants, gyms, tutorial centers, and internet cafes.

Metro Manila, along with Batangas, Tacloban City, Bacolod City, Iligan City, and Iloilo City remain under GCQ for the whole month of October.