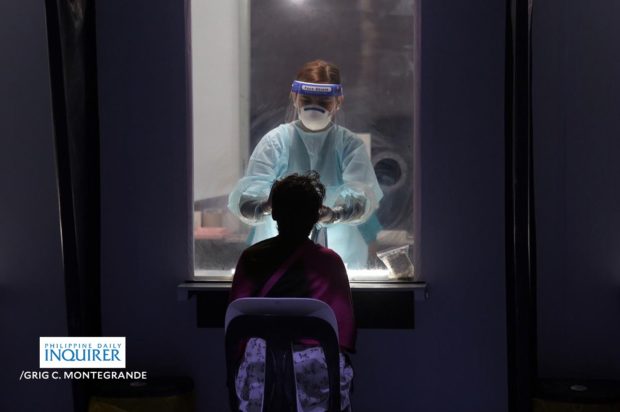 FILE – The Department of Health (DOH) said the government will come up with revised omnibus guidelines on COVID-19 testing, detection, isolation and quarantine management. Health Undersecretary Maria Rosario Vergerie made the announcement after the country’s efforts in suppressing the virus ranked 66th out of 91 countries by the Lancet medical journal. – INQUIRER/GRIG C. MONTEGRANDE

MANILA, Philippines—The number of COVID-19 cases in the Philippines has breached 300,000, a staggering number that should be worrisome to many people but which experts said could instead cause what one US scientist said is “psychic numbing,” or the deadening of the senses to a tragedy that makes people stop giving a damn.

In an e-mail exchange with INQUIRER.net, Paul Slovic, professor and psychologist at the University of Oregon, said while numbers in tragedies or disasters, like the COVID-19 pandemic, could be mind-boggling, they don’t trigger empathy as much as individual stories of pain and suffering do. In some cases, Slovic said, these high numbers could even stoke apathy.

The Philippines’ COVID-19 fatality figure could evoke shock if, let’s say, it was pointed out that the 5,000 plus dead in the country due to the pandemic were 100 times the number of people killed in the infamous Ampatuan massacre or four figures near the death toll from Supertyphoon Yolanda (Haiyan). The 5,300 deaths due to COVID-19 since January this year translates to 22 deaths per day or one person dying nearly every hour of a single cause.

In a National Geographic article, “Why our minds can’t make sense of COVID-19’s enormous death toll,” Slovic was quoted as saying that empathy isn’t triggered automatically by a massive loss of lives or more significant tragedies. “It can counterintuitively bring about apathy,” the NatGeo article quoted Slovic as saying.

“The magnitude of the death toll can cause some people to become less compassionate,” NatGeo quoted Slovic as saying.

In his e-mail to INQUIRER.net, Slovic defined psychic numbing as a lack of feelings for people in need of help or protection.

“It has multiple causes,” Slovic said. “One is a simple failure of the way our brain creates feelings. We say the feeling system is innumerate—it can’t add and it can’t multiply unless we make a conscious, deliberate effort to think about the reality of the individuals beneath the surface of the statistics,” he said.

“One life feels very important to protect,” Slovid told INQUIRER.net. “Two lives don’t FEEL (all caps his) twice as important as one and you won’t feel any different thinking about 88 people in distress as compared to 87 people unless you do the math and think there is one more life at stake,” he said.

“Attention is needed to create an emotional connection,” Slovic said in his e-mail. He added, however, that “attention, like memory, is limited.” “One cannot attend as closely to two people as to one so feeling diminishes and numbing begins.”

“Our feelings are very strong for one person in danger, but they don’t scale up very well,” Slovic said in the NatGeo article. “If there are two people, you don’t feel twice as bad. Your attention gets divided, and you don’t have as strong an emotional connection,” he said.

According to NatGeo, Slovic conducted a study in 2014 on charitable donations and found that concern for people in distress did not increase alongside the number of persons in need.

In his e-mail to INQUIRER.net, Slovic said if people “don’t understand the risk, you may lack feeling because you underestimate how serious it is.”

The same type of behavior appears in the way people deal with the COVID-19 pandemic, which is true everywhere, Slovic said in his e-mail.

“People have to feel highly vulnerable to maintain measures, such as mask-wearing, social distancing and avoiding or closing down places where people gather socially such as bars, restaurants, etc.,” he said in that e-mail. 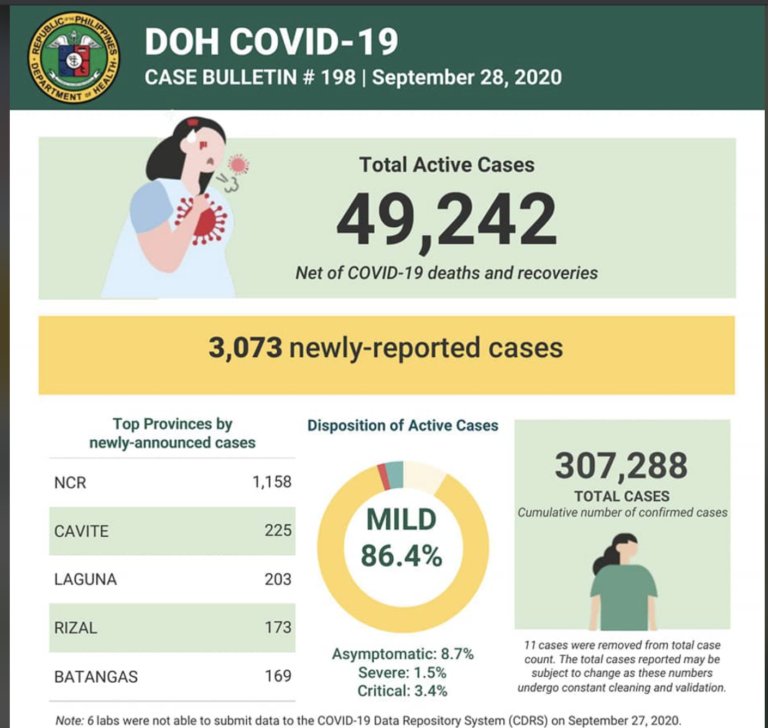 People still ask themselves, “What’s in it for me?” even during an unprecedented health crisis like the one brought by COVID-19 and this makes them disregard what they needed to do to protect themselves, according to Slovic.

“It is hard to keep doing this when you feel an immediate cost but don’t see an immediate or even a distant benefit,” he said.

Slovic said in his e-mail to INQUIRER.net that defiance of health protocols could be a manifestation of psychic numbing. “They may be numb to the statistics,” he said.

“But defiance also comes from not feeling personally at risk and from seeing more costs in obeying the rules than to seeing the benefits, which are invisible,” he said.

“The disaster creates victims who are described by the media,” Slovic said in his e-mail to INQUIRER.net.

“We connect emotionally to stories of individual victims and small groups of victims,” he said. “Over time, our feelings become desensitized and numb as the reports become statistics, not individuals,” Slovic said.

“It is said that ‘statistics are human beings with tears dried off,’” he said. “We need to fight this numbing by thinking of the individual lives beneath the surface of the statistics,” Slovic added.

He said there were times when psychic numbing helped, like the case cited by renowned American psychologist Robert Lifton when rescue workers were searching for survivors or bodies after two atomic bombs were dropped on Japan during World War II. “This was a coping mechanism,” said Slovic.

“But numbing also leads us to turn a blind eye toward genocides and mass atrocities, climate change, Covid and other threats to large numbers of people,” he said. 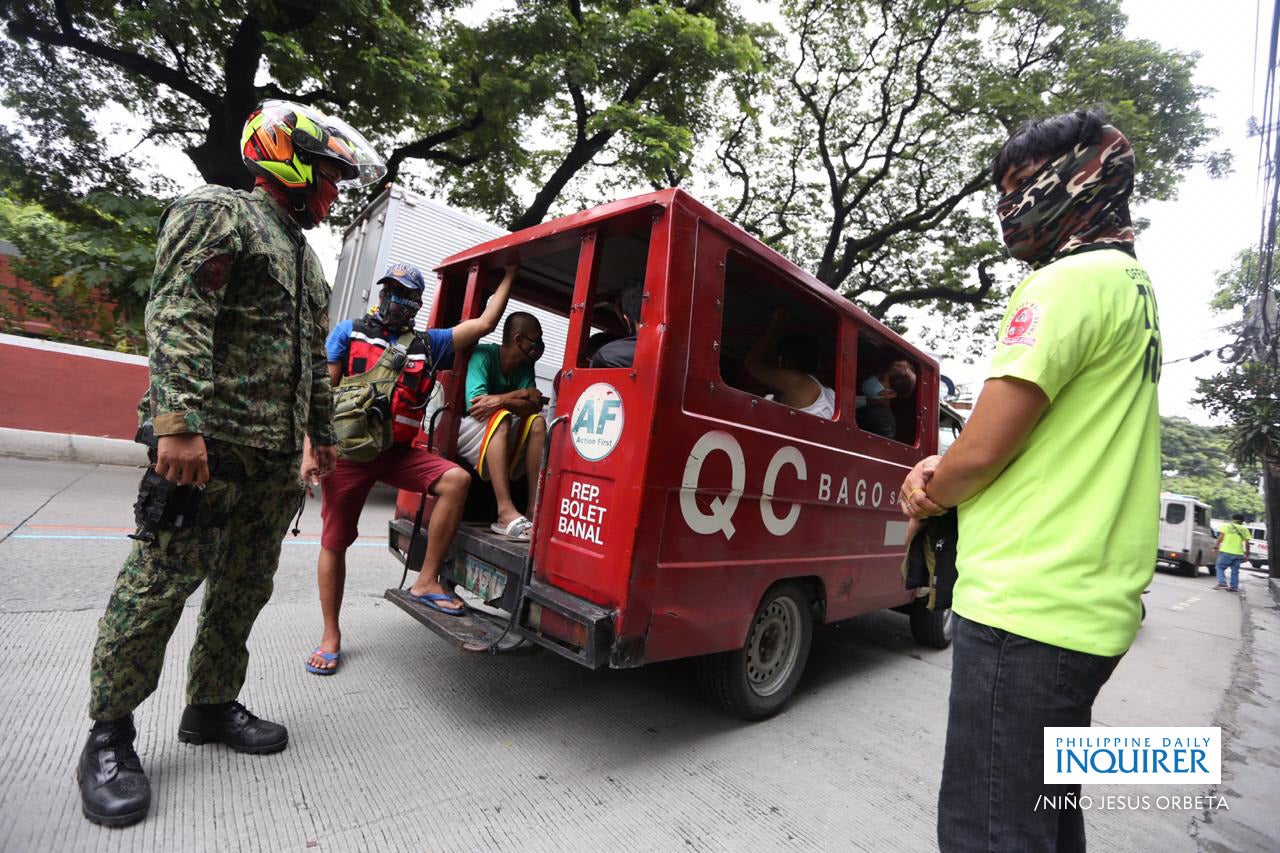 “The long duration of the pandemic, combined with the absence of a clear end, can dull people’s sense of shock,” the NatGeo article said, citing other experts.

“Simply put, some brains have gotten used to hearing about COVID-19 deaths to the point where high numbers no longer register emotionally,” the article said, referring to the rising COVID-19 death toll in the United States in particular, where 200,000 lives had already been lost.

The NatGeo article said there’s something about human biology that “is working against us” when it came to grieving or feeling for such massive loss of human lives.

“We’re also trying to digest coronavirus death tolls amid a sea of other worries,” it said.

“Simply put, some brains have gotten used to hearing about COVID-19 deaths to the point where higher numbers no longer register emotionally,” according to Slovic in the NatGeo article.

Weber, the Princeton psychologist, said in the article that attitudes toward the pandemic could be the same with people in war zones. “The kind of thing that was once appalling becomes normal,” Weber told NatGeo. “If you’re in a room with a bad smell, you eventually stop noticing it,” Weber said.

To each his own

People who are themselves caught in the middle of the health crisis often find it difficult to mourn or “connect with victims,” the NatGeo article said, quoting another expert, Yu-Ru Lin, associate professor at the School of Computing and Information at the University of Pittsburgh.

Citing research work made by Lin, NatGeo said it was easier for people to cope with tragedies, like terror attacks, if they have somewhere to go to lay flowers or grieve in front of memorials or graves.

“Having an actual place to go where the tragedy occurred and perhaps even bring flowers has also been key to processing grief,” said the NatGeo article.

“By contrast, the coronavirus is everywhere, and people don’t have a way to process their amorphous, long-haul grief,” it said. “No single iconic photo that conveys the gravity of the pandemic has emerged and prompted mass indignation,” the article added.

“Due to restrictions on social gatherings, many family members of victims cannot even attend funerals, let alone visit memorials that haven’t been built,” it said.

“These impacted communities are quite invisible to many people unless you know of someone in your social network,” NatGeo quoted Lin as saying.

According to Slovic, people who are exposed to COVID-19 and their families could not be considered as numb. “Authorities may not care enough to protect them because of social and cultural distance from them,” he said in his e-mail to INQUIRER.net.

It is difficult to determine if psychic numbing has already set in in the Philippines among those reeling from the impact of the pandemic, especially people who have lost jobs or sources of livelihood that had been barely enough for their survival in the first place.

Results of a survey conducted by the Paris-based research firm Ipsos in Southeast Asia showed that 94 percent of Filipinos were worried about COVID-19 and 38 percent reported that they lost half their incomes.

According to a press release posted on the Ipsos website after the survey conducted in the last week of May, when enhanced community quarantine (ECQ) was lifted for a looser form of community quarantine, Filipinos were worried about getting infected with the coronavirus. Still, they were getting used to the “new normal.”

The loss of personal income in the Philippines, Ipsos said, was highest among all the countries covered by the survey, including Indonesia, Malaysia, Singapore, Thailand and Vietnam.

“This is a period of survival for many businesses and consumers,” Lee said. “Caution and worry are apparent as Filipinos prioritized spending on essentials and expressed hesitation to going back to previous spending patterns,” Lee added.

In another survey about the pandemic, Social Weather Stations (SWS) said the number of Filipinos saying that the “worst is yet to come” in the COVID-19 crisis had risen from 47 percent in May to 57 percent in July.

The number of Filipinos saying “the worst is behind us” had fallen from 44 percent to 35 percent during the same period, the SWS survey report said.

Fear about the worst still coming is highest in Metro Manila, with 70 percent of the people saying they were afraid they would suffer more in the coming days, according to the SWS report that gave a summary of the survey results.

Slovic said the numbers, however, barely move people into action.

Psychic numbing, Slovic said in a speech before relief groups in Kenya in June 2018, “occurs when the information we get…comes in the form of impersonal numbers and statistics that fail to create an emotional response in us.”

“Through my research, I’ve learned something disturbing—and that is ‘the more who die, the less we care,’” he said in that speech, a copy of which he e-mailed in response to queries from INQUIRER.net.

Slovic said aside from psychic numbing, another reason for people’s indifference was “a false feeling of hopelessness that makes our actions seem feeble or worthless even when they are important.”

“This is wrong! Just because we can’t fix a problem completely doesn’t mean we should walk away and do nothing,” he said in the Kenya speech.

“When you see statistics representing the struggles of other people, think slowly and try to imagine the lives of some of the individuals represented by the numbers,” he said. “To paraphrase what someone once said of the Holocaust: It’s not that there were 6 million Jewish people killed by the Nazis, but rather one person killed again and again, six million times.” [ac]