US presidential election 2020: A crucial ballot for charities 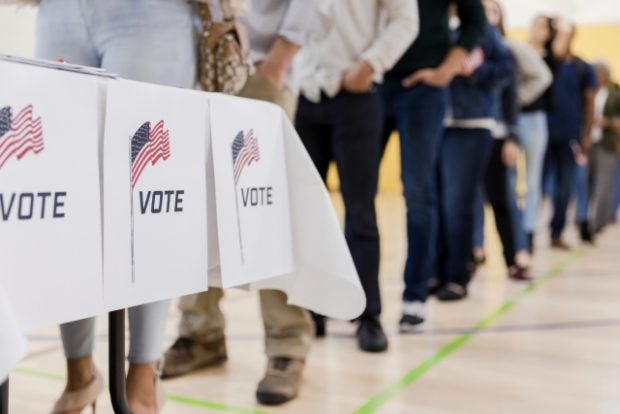 Americans will choose their new president on Nov. 3. The stakes are high for many charities threatened by certain policies. That’s why many of them, such as Feeding America or Planned Parenthood, are taking to Twitter to rally and encourage adult citizens to register to vote.

“Ending hunger starts with your vote,” tweeted Feeding America on Sept. 22. “You can help the millions of kids, seniors, and families who face hunger in America have the resources they need to keep food on the table.”

Six weeks before the crucial ballot, a countless number of organizations are rallying voters online; this call for action is unprecedented, according to Forbes.

Ending hunger starts with your vote. You can help the millions of kids, seniors, and families who face hunger in America have the resources they need to keep food on the table. #NationalVoterRegistrationDay

Other non-profit organizations like The Boys and Girls Clubs of America, Goodwill Industries, United Way and Planned Parenthood also posted motivating messages on Twitter last Tuesday, Sept. 22. It is known that the National Voter Registration Day in the United States is celebrated on the fourth Tuesday of every September.

1 in 4 people aren’t registered to vote😱 ! We’re sure you’ll agree with us when we say that number is TOO HIGH. If you are not yet registered, what are you waiting for? It only takes 2 minutes! Visit https://t.co/fN81uBZ9Mr and get #VoteReady TODAY! #NationalVoterRegistrationDay pic.twitter.com/3pe0yh6bQ1

Their goal is to encourage citizens who have not registered to vote to do so. Organizations like Planned Parenthood, who support African American and Latinx communities, are directly threatened by President Donald Trump’s policies.

It's National Voter Registration Day! And more than ever, this election year is too important to pass up. So grab your squad and get registered to #ShoutYourVote this November at our Outvote Ballot Boss party TONIGHT. Register for the event at: https://t.co/nlyBPTLEGX #BallotBoss pic.twitter.com/yRhWfbcMol

Only 55.6% of eligible American adult voters cast their ballot during the U.S. presidential election in 2016, according to the United States Elections Project. The percentage of voters in the 2012 election was at 54.9% in 2012, whereas 57.1% voted during the first Barack Obama candidacy in 2008. CC

Vision 2020: What happens if the US election is contested?