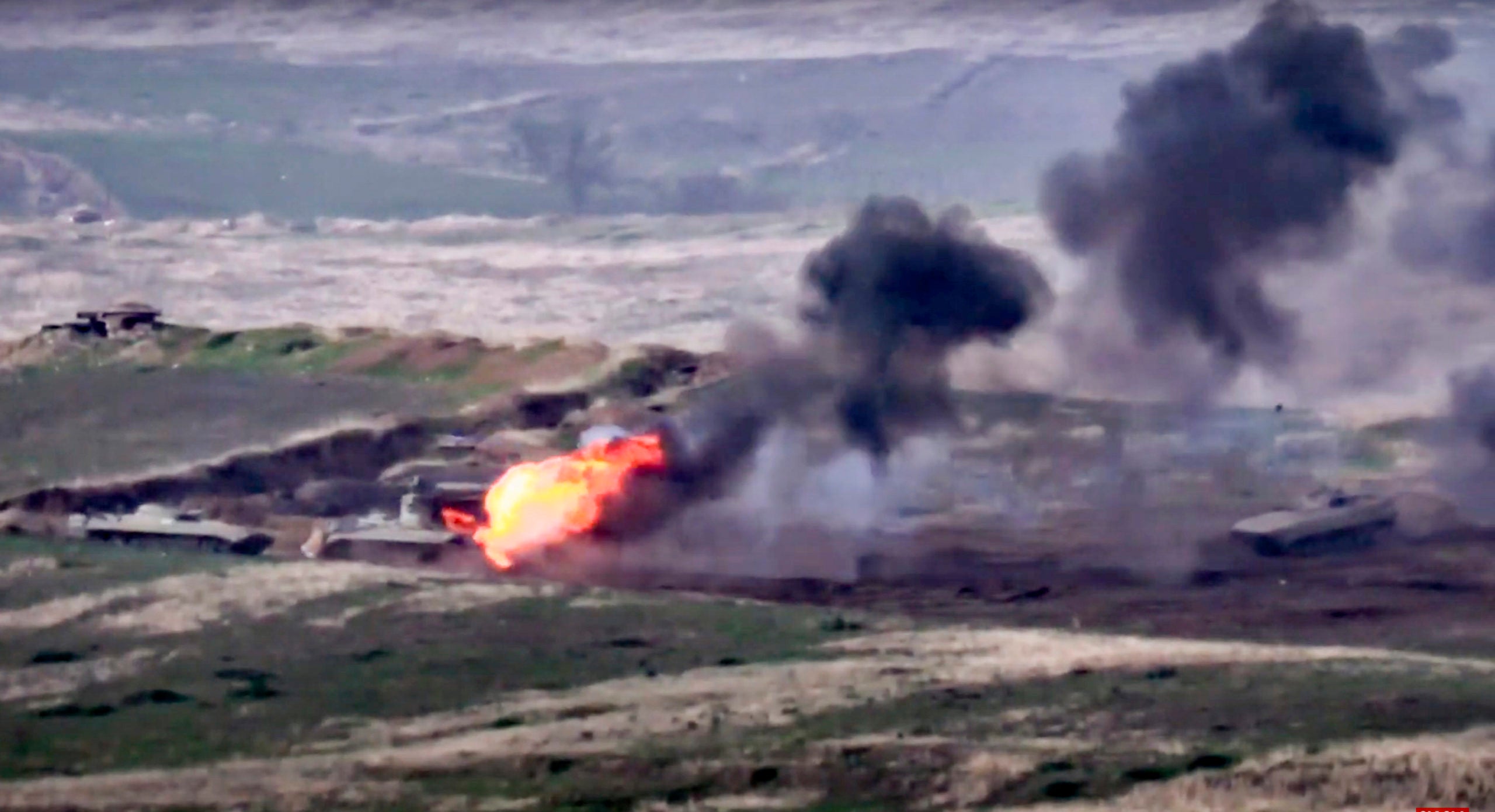 YEREVAN, Armenia — Fighting between Armenia and Azerbaijan broke out Sunday around the separatist region of Nagorno-Karabakh and the Armenian Defense Ministry said two Azerbaijani helicopters were shot down.

Nagorno-Karabakh is an ethnic Armenian enclave within Azerbaijan that has been out of Azerbaijan’s control since the end of a war in 1994. Both sides have a heavy military presence along a demilitarized zone separating the region from the rest of Azerbaijan.

Azerbaijan’s defense ministry denied the claim that its helicopters and tanks had been hit. But President Ilham Aliyev said in a televised address to the nation that “there are losses among the Azerbaijani forces and the civilian population as a result of the Armenian bombardment.”

The news was harshly received in Turkey, a close ally of Azerbaijan.

Turkey’s ruling party spokesman Omer Celik tweeted: “We vehemently condemn Armenia’s attack on Azerbaijan. Armenia has once against committed a provocation, ignoring the law.” He promised Turkey would stand by Azerbaijan and said, “Armenia is playing with fire and endangering regional peace.”

“Armenia has violated the ceasefire by attacking civilian settlements … the international community must immediately say stop to this dangerous provocation.”

Mostly mountainous Nagorno-Karabakh — a region some 4,400 square kilometers (1,700 square miles) or about the size of the U.S. state of Delaware — lies 50 kilometers (30 miles) from the Armenian border. Local soldiers backed by Armenia also occupy some Azerbaijani territory outside the region.

International efforts to settle the conflict have stalled and fighting sporadically breaks out. In July, one of the most severe outbreaks of fighting in years left 16 people from both sides dead.