No provincial bus fare hike upon resumption of operations on Sept. 30 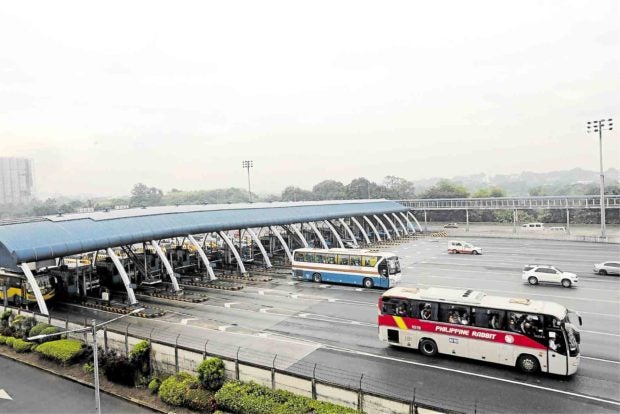 In this file photo, provincial buses pass through the toll plaza of the North Luzon Expressway.  The LTFRB will allow the limited operation of provincial buses to and from Central Luzon and Calabarzon region by September 30, 2020.  There will be no fare increase in the meantime,the LTFRB stressed.  INQUIRER FILE/GRIG C. MONTEGRANDE

MANILA, Philippines — There will be no fare increase for provincial buses that will resume operations on September 30, the Land Transportation Franchising and Regulatory Board (LTFRB) said Sunday.

The South Luzon Bus Operators expressed concern over losing profits and said it will appeal for a fare hike as only 12 routes between Metro Manila and provinces will reopen on September 30.

LTFRB also only allowed 286 buses to resume operations from Metro Manila and Regions 3 and 4-A.

LTFRB Chairman Martin Delgra explained that the number of bus units was based on the number of passengers the LGUs are willing to accept.

(There were LGUs who allowed to reopen their borders to a maximum number of passengers per day. We will respect that.)

(Because once the passengers arrive in their destination, it is the concerned LGU that will handle and address health issues and concerns, if any.)

Delgra also noted that the number of routes and bus units may be increased, depending on the evaluation of the initial run.