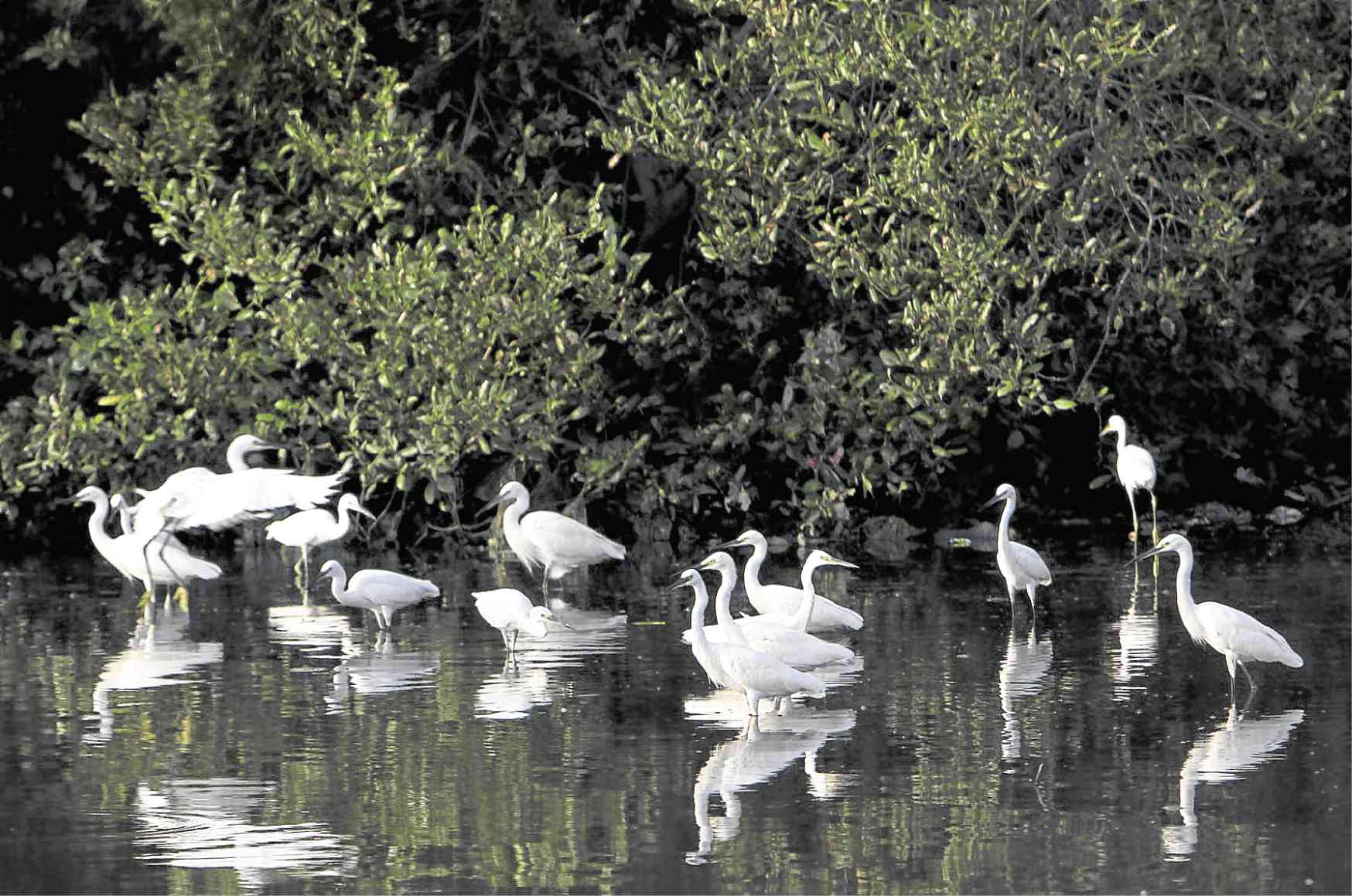 BIRD SANCTUARY Egrets are among the migratory birds that regularly flock on the waters of the Las Piñas-Parañaque Wetland Park, which has been added as one of 94 new National Integrated Protected Areas (Nipas), that now enjoy government protection under a newly signed law. —RICHARD A. REYES

MANILA, Philippines — Senator Cynthia Villar on Saturday said the reclamation project being conducted by the Parañaque City government will harm the viability of the Las Pinas-Parañaque Wetland Park.

“The Parañaque Reclamation Project will be built on the buffer zone of the Las Piñas- Parañaque Wetland Park. This should not be allowed to proceed because it will hamper the free flow of water which is critical to the survival of the wetland ecosystem,” Villar, who is the chair of the Senate committee on environment and natural resources, said in a statement.

Villar warned that the reclamation plan will destroy 35 hectares of mangrove forest, the spawning ground of fish in Manila Bay which supports the livelihood of 300,000 fisherfolks.

Under the law, the 175-hectare wetland in the south of Manila Bay is a protected area.

It is also considered as one of the seven areas in the Philippines declared as wetlands of “international importance by the Ramsar Convention because of its critical role in the survival of threatened, restricted-range and congregatory bird species.”