Over 320,000 used condoms being sold as new seized by police 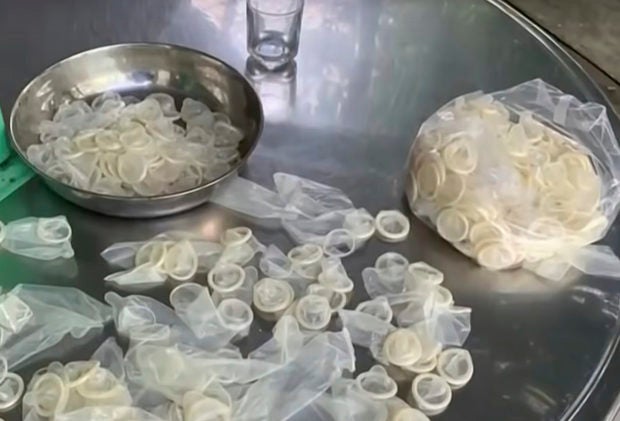 The used condoms are packed for sale in Binh Duong province, Vietnam. Image: VTV via AP

Police confiscated nearly 324,000 used condoms that were being recycled and sold by a facility in Vietnam.

Authorities seized the items from a building in the Binh Duong province on Sept. 19, as per local newspaper Tuoi Tre on Sept. 22. Officers added that the used condoms weighed about 360 kilograms in total.

They also pointed out that the contraceptives were unlabeled and unpackaged during the raid.

Reusing condoms poses a health risk and can lead to infections, according to the Centers for Disease Control and Prevention. Ryan Arcadio /ra