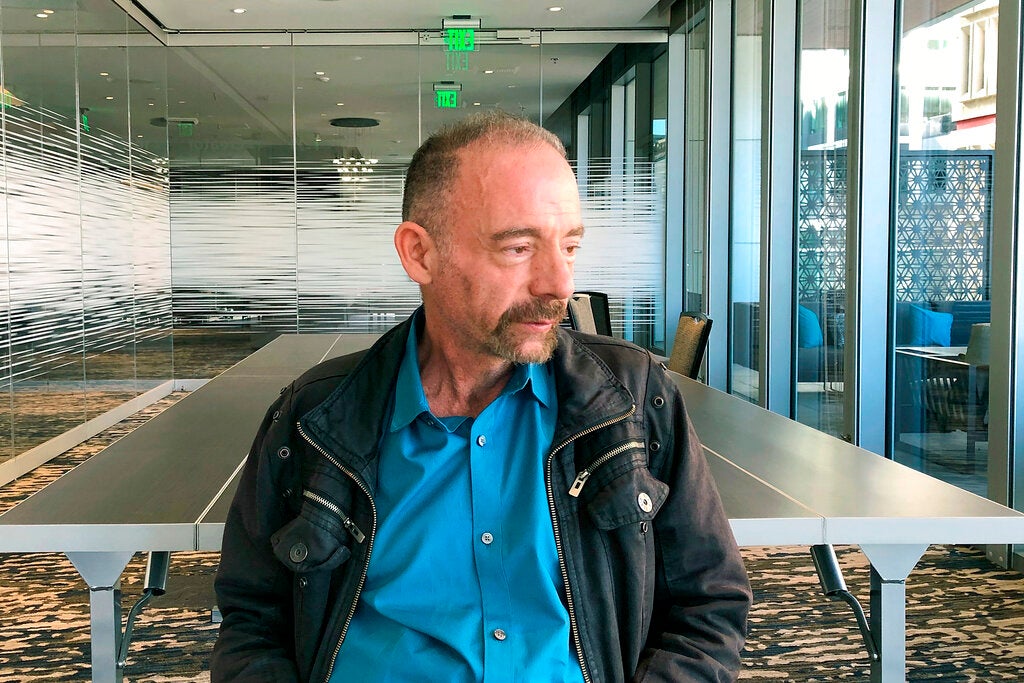 FILE – In this Monday, March 4, 2019 file photo, Timothy Ray Brown poses for a portrait in Seattle. Brown, an American who was known for years as the Berlin patient, had a transplant in Germany from a donor with natural resistance to the AIDS virus. It was thought to have cured Brown’s leukemia and HIV. But in an interview Thursday, Sept. 24, 2020, Brown said his cancer returned last year and has spread widely. His case has inspired scientists to seek more practical ways to try to cure the disease. (AP Photo/Manuel Valdes)

Timothy Ray Brown, the first person known to have been cured of HIV infection, says he is now terminally ill from a recurrence of the cancer that prompted his historic treatment 12 years ago.

Brown, dubbed “the Berlin patient” because of where he lived at the time, had a transplant from a donor with a rare, natural resistance to the AIDS virus. For years, that was thought to have cured his leukemia and his HIV infection, and he still shows no signs of HIV.

But in an interview with The Associated Press, Brown said his cancer returned last year and has spread widely. He’s receiving hospice care where he now lives in Palm Springs, California.

“I’m still glad that I had it,” Brown said of his transplant.

“It opened up doors that weren’t there before” and inspired scientists to work harder to find a cure, which many had begun to think was not possible, the 54-year-old said Thursday.

“Timothy proved that HIV can be cured, but that’s not what inspires me about him,” said Dr. Steven Deeks, an AIDS specialist at the University of California, San Francisco, who has worked with Brown to further research toward a cure.

Brown was an American working as a translator in Berlin in the 1990s when he learned he had HIV. In 2006, he was diagnosed with leukemia.

Dr. Gero Huetter, a blood cancer expert at the University of Berlin, believed that a marrow transplant was Brown’s best chance of beating the leukemia. He wondered, could he also cure Brown’s other life-threatening disease by using a donor with a gene mutation that provides natural resistance to the AIDS virus?

Donors like these are very rare and transplants are risky. Doctors have to destroy the patient’s diseased immune system with chemotherapy and radiation, then transplant the donor’s cells and hope they develop into a new immune system for the recipient.

Brown’s first transplant in 2007 was only partly successful: His HIV seemed to be gone but his leukemia was not. He had a second transplant from the same donor in March 2008 and that one seemed to work.

Since then, Brown has repeatedly tested negative for HIV and has frequently appeared at AIDS conferences where cure research is discussed.

“He’s been like an ambassador of hope,” said Brown’s partner, Tim Hoeffgen.

A second man, Adam Castillejo — called “the London patient” until he revealed his identity earlier this year — also is believed to have been cured by a transplant similar to Brown’s in 2016.

But donors like these are scarce and the procedure is too risky to be widely used.

Scientists have been testing gene therapy and other ways to try to get the effect of the favorable gene mutation without having to do a transplant. At an AIDS conference in July, researchers said they may have achieved a long-term remission in a Brazil man by using a powerful combination of drugs meant to flush dormant HIV from his body.

Mark King, a Baltimore man who writes a blog for people with HIV, said he spoke with Brown earlier this week and is grateful for what Brown has contributed to AIDS research.

“It is unfathomable what value he has been to the world as a subject of science. And yet this is also a human being who is a kind, humble guy who certainly never asked for the spotlight,” King said. “I think the world of him.”