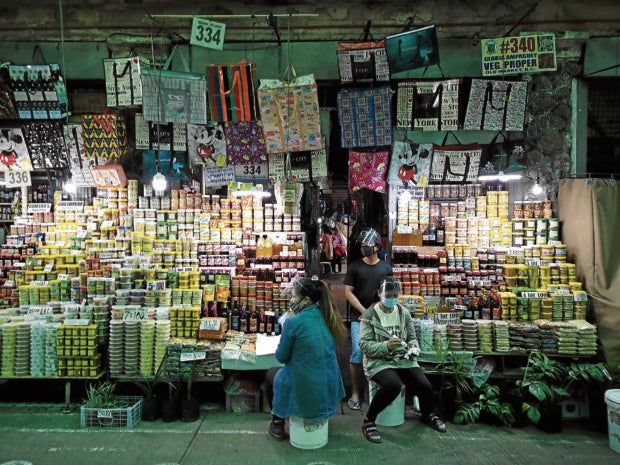 NEW CASES Just days before Baguio City and provinces in the Ilocos region will launch the “Ridge and Reef” travel corridor on Tuesday that will reopen commerce between the two areas, the summer capital records 52 new cases of the coronavirus disease, which is a record high for the city. —EV ESPIRITU

BAGUIO CITY, Benguet, Philippines — Baguio City, which has been the model for many local governments over how it successfully controlled the spread of the new coronavirus disease (COVID-19) in the city, on Thursday lodged a record-high 52 cases that were traced to the livestock market for pigs and goats and a village near the abattoir.

The new patients raised the number of cases in the city to 681 since March.

Health officials said 16 of the patients live in a barangay near the city’s slaughterhouse, which was closed for disinfection until Oct. 9. The abattoir employees were quarantined while the livestock market for pigs and goats was also closed.

Since Aug. 12, the number of coronavirus cases in the city has spiked due to the accelerated testing of high-risk sectors, including public workplaces like banks and groceries.

Some of the cases were attributed to suspected carriers who went in hiding. Others were part of a birthday and drinking party.

“Looking at the positivity rate, we may get 90-100 more patients when results come out,” he said.

The outbreak occurred two days before Baguio and provinces in the Ilocos region launched the “Ridge and Reef” travel corridor, allowing residents to travel exclusively to beaches or nature parks within their areas.

Iloilo City, which was thought to have controlled its virus cases, likewise experienced a spike of locally transmitted COVID-19 infections, prompting authorities to revert the city into the tighter modified enhanced quarantine (MECQ).

In a resolution approved on Thursday, the Inter-Agency Task Force for the Management of Emerging Infectious Diseases approved the request of the city government to place the city under MECQ from Sept. 25 to Oct. 9. 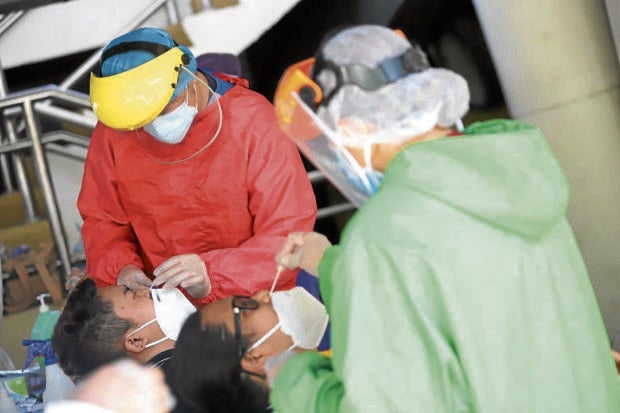 Iloilo City Mayor Jerry Treñas, on Thursday, suspended the operation of nonessential industries and establishments effective noon of Thursday until Oct. 9. These include bars, gyms, barbershops and salons, internet cafes and cinemas.

A curfew was set from 9 p.m. to 4 a.m. and a liquor ban has been reimposed in the city.

Nearly a fifth (1,877) of the cases involved overseas Filipino workers, residents and authorized persons outside of residents who traveled to the region.