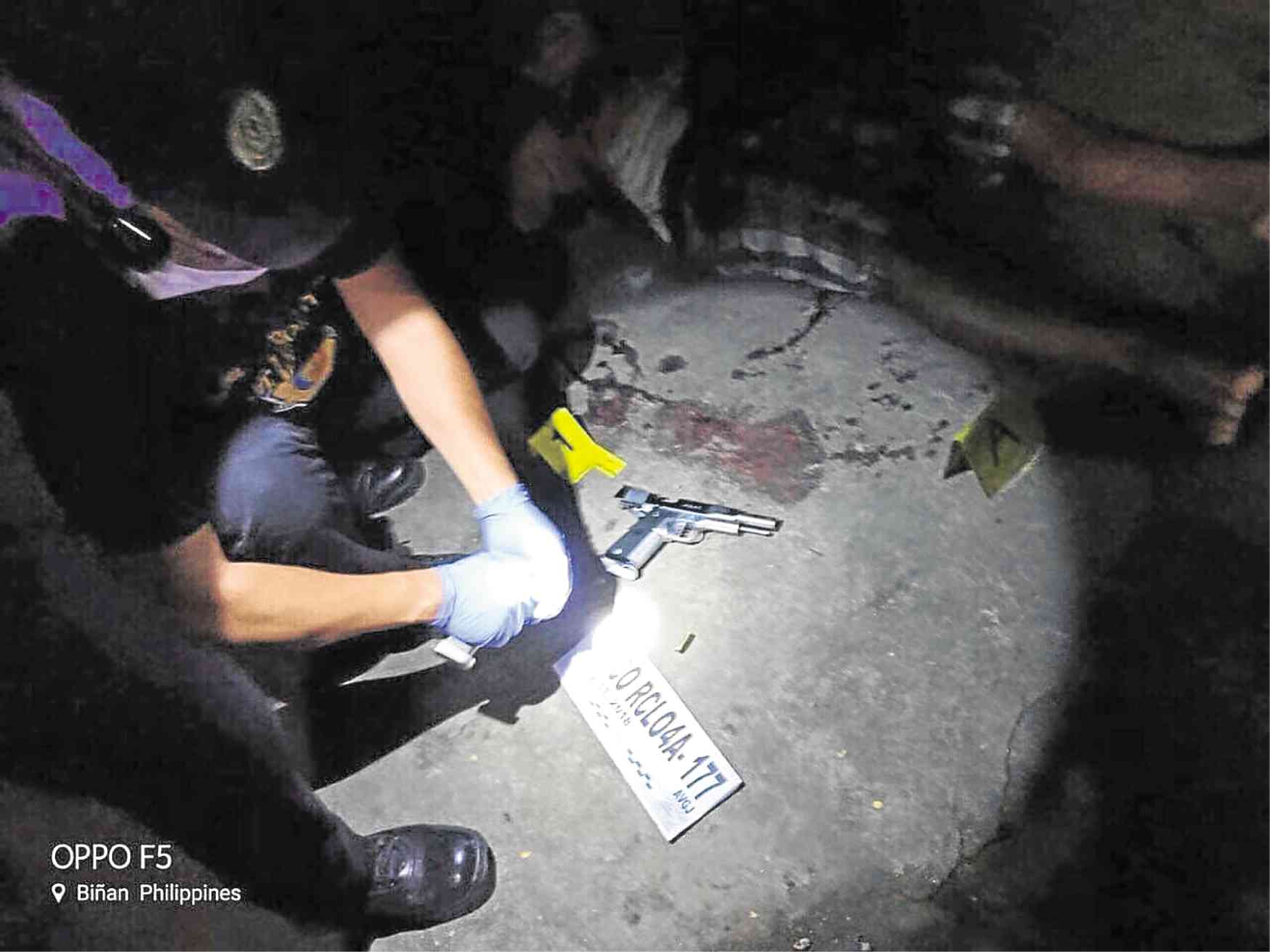 SHOOTOUT A gun is recovered at the spot where drug suspect Rolando Bugarin died after a shootout with policemen in Biñan City, Laguna province, in July. —PHOTO COURTESY OF CALABARZON PNP

MANILA, Philippines — The number of drug suspects killed in anti-drug operations has increased to 5,856 since the government’s drug crackdown began in July  2016, recent data from the Philippine Drug Enforcement Agency (PDEA) showed on Friday.

PDEA also revealed that narcotics and laboratpry equipment valued at P53.46 billion were seized  from July 2016 until the end of August 2020.

Of the total value, authorities seized P43.69 billion worth of shabu or crystal meth.