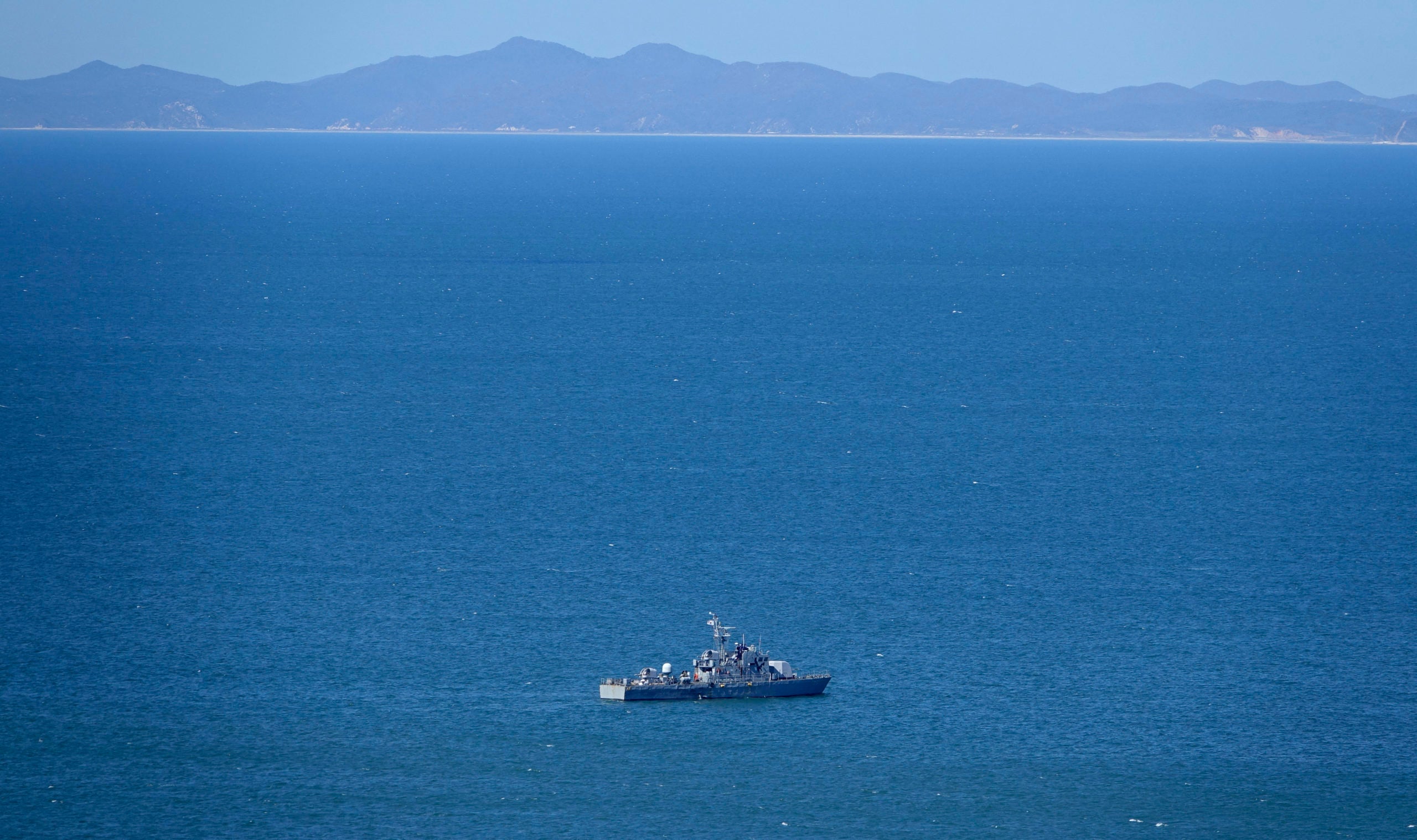 A South Korean navy ship is seen near Yeonpyeong island, South Korea, Friday, Sept. 25, 2020. South Korea said Thursday North Korean troops shot a South Korean government official who may have attempted to defect and set his body on fire, after they found him on a floating object in waters near the rivals’ disputed sea boundary. (Baek Seung-ryul/Yonhap via AP)

South Korea’s presidential office said Friday that Kim conveyed an apology in a message to South Korea. It cited Kim as calling the incident “unexpected” and “unfortunate.”

It’s extremely unusual for a North Korean leader to apologize to rival South Korea on any issue.

On Thursday, South Korea accused North Korea of fatally shooting one of its public servants who was likely trying to defect and burning his body after finding him on a floating object in North Korean waters earlier this week.

South Korean officials condemned North Korea for what they called an “atrocious act” and pressed it to punish those responsible.