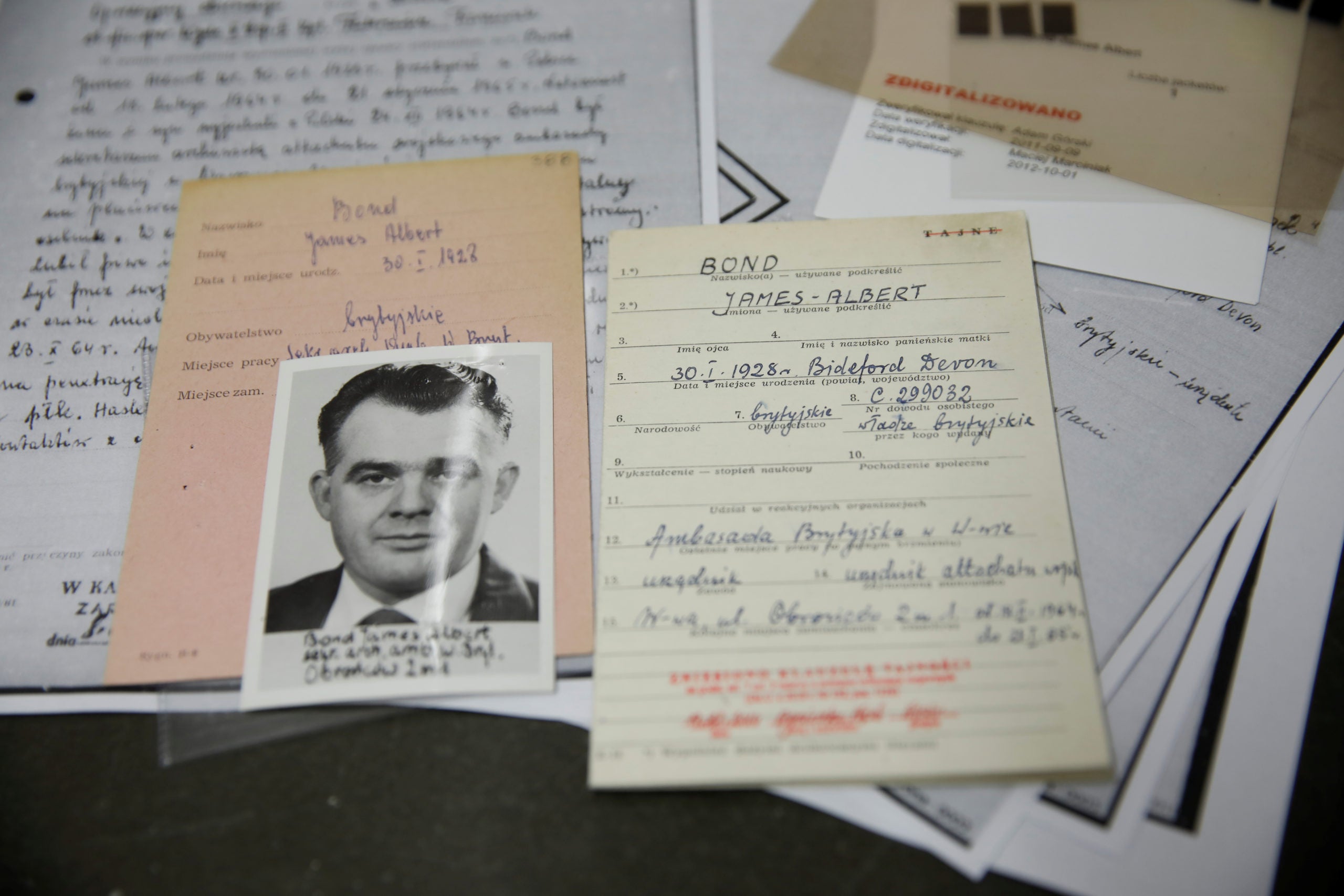 FOR POLISH EYES ONLY Cold War records reveal that a suspected British spy named James Bond, just like his literary namesake, worked at the British Embassy in Poland in the 1960s when the country was still a Soviet satellite state. But some Poles suspect this was only a pseudonym and the handiwork of British spies pranking their Polish counterparts. —REUTERS

WARSAW—Poles were left shaken and stirred by news that a suspected British agent called James Bond was on Her Majesty’s secret service in the country in the 1960s, after the Institute of National Remembrance (IPN) posted about him on social media.

According to the institute’s archive, James Bond came to Poland on Feb. 18, 1964, and was officially employed as an archivist for the British Embassy Military Attache. He soon came to the attention of Polish counterintelligence officers.

“He traveled a bit around Poland … he liked women, the same as his literary namesake, but there is not even a word about Martini,” she said, referring to the fictional character’s favorite tipple. “However, there is information that he liked Polish beer.”

Bond was under strict surveillance, and visited the Bialystok and Olsztyn regions of northeastern Poland to try and “penetrate military facilities” in the Soviet satellite state, according to the files.

However, he was found not to have made contacts with Polish citizens, which would have had serious consequences for any Poles suspected of working with agents from the other side of the Iron Curtain.

The British agent 007 created by author Ian Fleming hit the silver screen in 1962 when actor Sean Connery played the character in the film “Dr. No,” leading some to suspect British spies may have been playing a joke on their Polish counterparts with their choice of pseudonym.

“Maybe it was a bit of fun with Polish counterintelligence, maybe he had a sense of humor,” Kruk said.