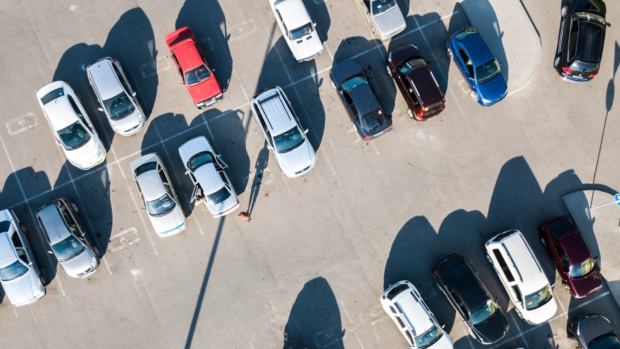 A father did not hesitate to defend his son when a stranger suddenly tried to kidnap him in a parking lot last Saturday, Sept. 19.

Peter Kopchak and his fiancée, Jennifer Lawson, were leaving a Costco branch in San Diego in the United States with their two kids when the man appeared.

He then opened their car’s back-seat door and tried to grab Peter, NBC-affiliate KNSD reported on Sept. 21.

The parents immediately stopped the vehicle and jumped out to protect their child, as per ABC-affiliate KGTV. Lawson pushed him, while Kopchak tackled the man to the parking lot’s floor.

The incident quickly drew a crowd that included an off-duty policeman, who pulled Kopchak off of the kidnapper. The officer then subdued the stranger before authorities arrived.

Police arrested the man, who was later identified as Adam Glavinic. Following the incident, Glavinic, 37, is now facing charges of felony attempted kidnapping and being under the influence of a controlled substance.

“I thought he was going to take my kid and I wasn’t about to let that happen, I’d do anything I could to stop him cause that’s the worst nightmare, just having someone A, touch your kid, B, try to take your kid,” Kopchak said in the report.

However, Glavinic was eventually released from jail the day after on a $100,000 bail. Upon learning this, Lawson and Kopchak felt nervous for their fellow parents.

“I couldn’t stop crying when I found out, cause he will do this to someone else and who knows if it’s a single mom or the husband isn’t quick enough, and the guy takes off,” Lawson was quoted as saying.

Meanwhile, Kopchak stressed that Glavinic’s swift release “boggles[his] mind.” The parents later assured that Peter and his 9-month-old brother, who was also in the car’s backseat at the time, are not injured.

Due to a backlog of other cases amid the COVID-19 pandemic, as per report, Glavinic is not set to appear in court until February. Ryan Arcadio /ra