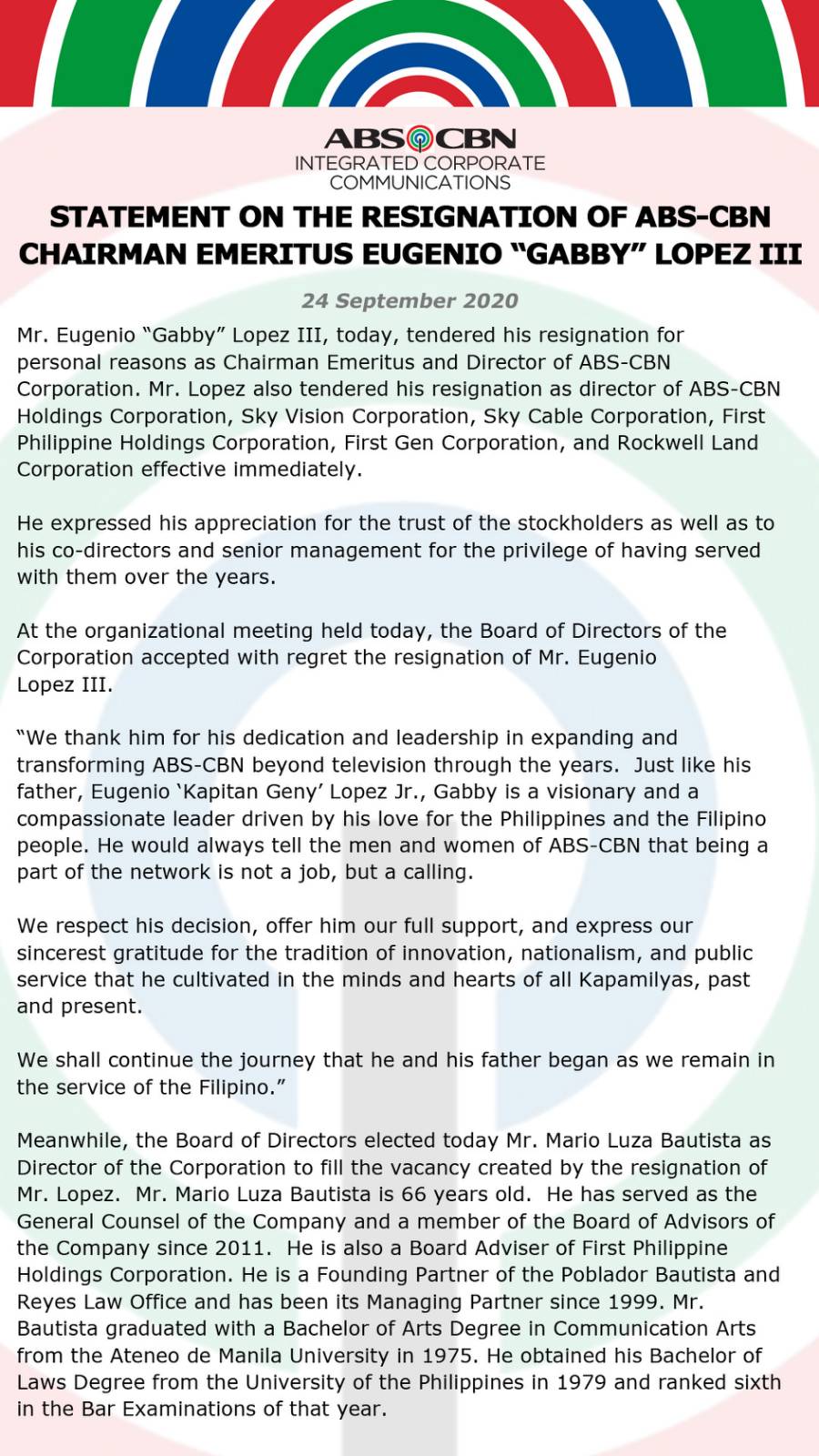 The Board of Directors of the Corporation has accepted Lopez’s resignation, ABS-CBN said.

“He expressed his appreciation for the trust of the stockholders as well as his co-directors and senior management for the privilege of having served with them over the years,” ABS-CBN said.

“We respect his decision, offer him our full support, and express our sincerest gratitude for the tradition of innovation, nationalism, and public service that he cultivated in the minds and hearts of all Kapamilyas, past and present,” it added.

Mario Luza Bautista will replace Lopez as director of the ABS-CBN Corporation, the network said.

Lopez tendered his resignation months after the House of Representatives rejected its bid for a franchise renewal.

In 2018, he retired as chairperson of the ABS-CBN Corp. and assumed the title of chairman emeritus and director of the firm.

During the House inquiry on the network’s franchise, Lopez was questioned on his citizenship since the ownership and management of a media network should belong to a 100% Filipino.

Lopez insisted that he is a natural-born Filipino since his parents are Filipino citizens.