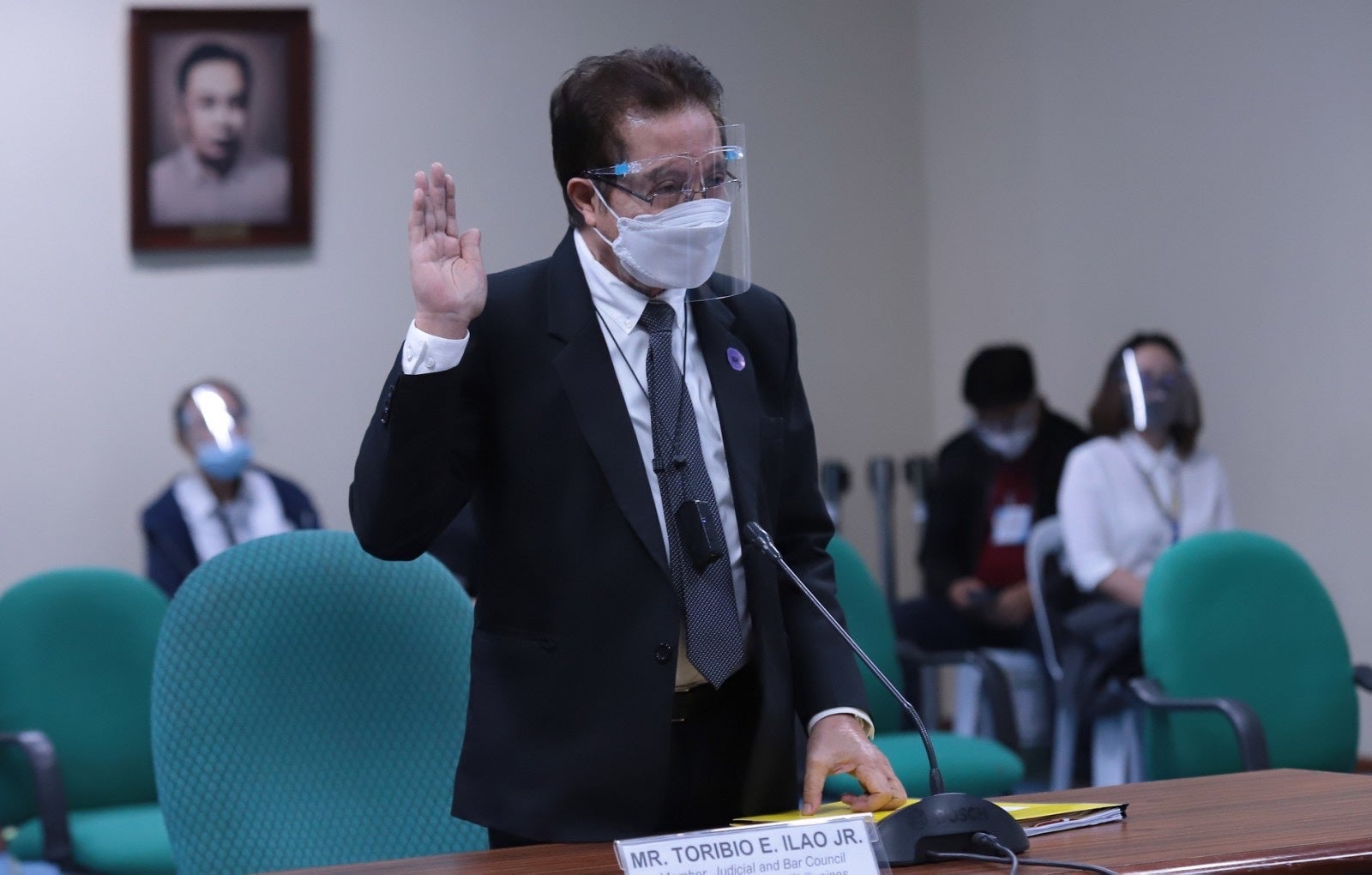 Retired Judge Toribio E. Ilao Jr. faces the Commission on Appointments’ (CA) Committee on Justice and Judicial and Bar Council chaired by Sen. Aquilino “Koko” Pimentel III Wednesday, September 23, 2020 for his confirmation proceedings as a regular member of the Judicial and Bar Council (JBC) representing the private sector. Plenary approval of his ad interim appointment was recommended by Sen. Panfilo Lacson less than an hour after deliberating on his credentials. (Alexis Nueva España/ Senate PRIB)

MANILA, Philippines — The Commission on Appointments on Wednesday confirmed the ad interim appointment of retired judge Toribio Ilao Jr., a law classmate of President Rodrigo Duterte, to his second term in the Judicial and Bar Council (JBC).

“Our appointee has distinguished himself as an upright dispenser of justice with vast knowledge of law and experience befitting someone who will screen and nominate candidates for important positions in our judiciary,” said Sen. Aquilino Pimentel III.

“He has executed his tasks and obligations in an exemplary manner in the past four years,” he added.

Ilao was first appointed to the JBC in 2016, months after Duterte became President.

The JBC is tasked to screen aspirants to the judiciary and the Office of the Ombudsman and make proper recommendations to the President.