Freed Taliban have returned to the battlefield – top Afghan official 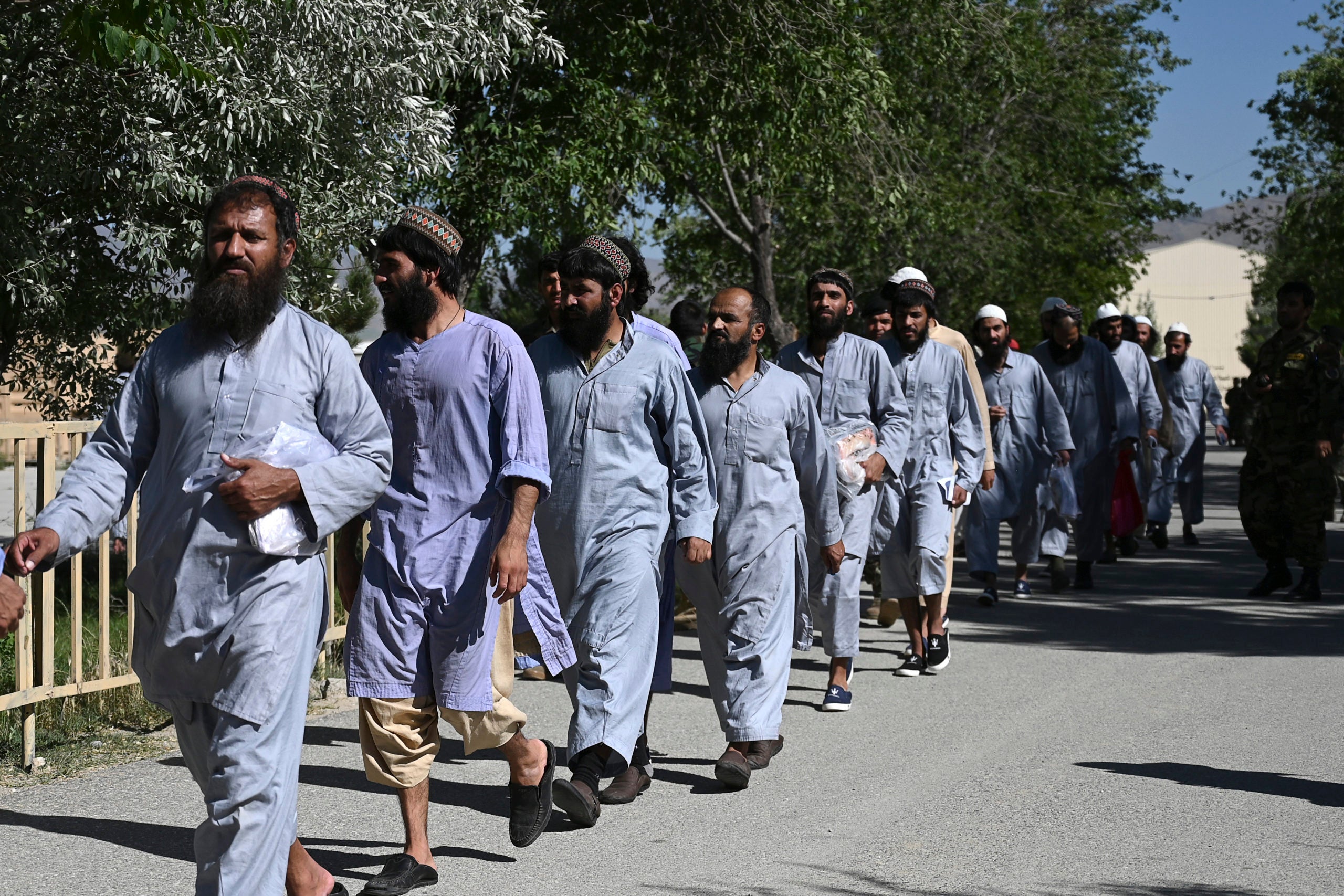 Taliban prisoners walk in line during their release from the Bagram prison, next to the US military base in Bagram, some 50 km north of Kabul. – Afghan authorities plan to release 900 more Taliban prisoners on May 26, as calls grow for the militants to extend a ceasefire on its third and final day. (Photo by WAKIL KOHSAR / AFP)

WASHINGTON — A number of Taliban prisoners who were released by the Afghan government as a condition for peace talks have taken up arms again, top official Abdullah Abdullah said Tuesday.

Abdullah, who chairs Afghanistan’s High Council for National Reconciliation and is overseeing the government’s peace efforts, said discussions with the Taliban in Qatar so far have been positive.

However, he said some — though not the majority — of the 5,000 Taliban prisoners released by the government as a condition for talks had resumed the fight against Kabul.

“I do know that some have returned to the battlefield, which is a violation of the agreement that they had made,” Abdullah said during an online conference with the US Council on Foreign Relations.

Abdullah said talks between the two sides had begun in Doha on a positive note, as the delegations build some familiarity with each other.

Yet the level of violence inside Afghanistan has not fallen, and he called on the United States, which launched the peace process with its own deal with the Taliban, and Pakistan, which maintains ties to the insurgents, to pressure them to agree to a ceasefire.

“Unfortunately, so far, the level of violence is very high and to a level that is not acceptable for the people,” Abdullah said.

“I repeat my call to the Taliban themselves and also to all partners who have any leverage over the Taliban to press on that point.”

Abdullah said he planned to visit Pakistan in the coming days for the first time since 2008.

The persistent violence, and the Taliban’s failure to completely cut relations with the Islamic State and Al-Qaeda jihadist groups, was singled out as a barrier to success by US officials testifying in Congress Tuesday.

US chief negotiator Zalmay Khalilzad said a drawdown of US troops, under the US-Taliban agreement, would halt at around 4,500 remaining in Afghanistan in November while Washington assesses whether the insurgents were living up to their pledges.

“Further withdrawals will be determined based on conditions on the ground and delivery by the Taliban on their commitments,” Khalilzad told a hearing of the House oversight committee.

The US has slashed troop numbers in Afghanistan by more than half from above 12,000.

Under President Donald Trump’s promise to end US involvement in wars abroad, Washington has pledged to withdraw all forces by May 2021, if the Taliban and the government can achieve a solid peace agreement.

“By any measure, the current levels of violence are too high. We know that the reductions are possible,” Khalilzad said, noting short ceasefires were respected by the Taliban in the past.