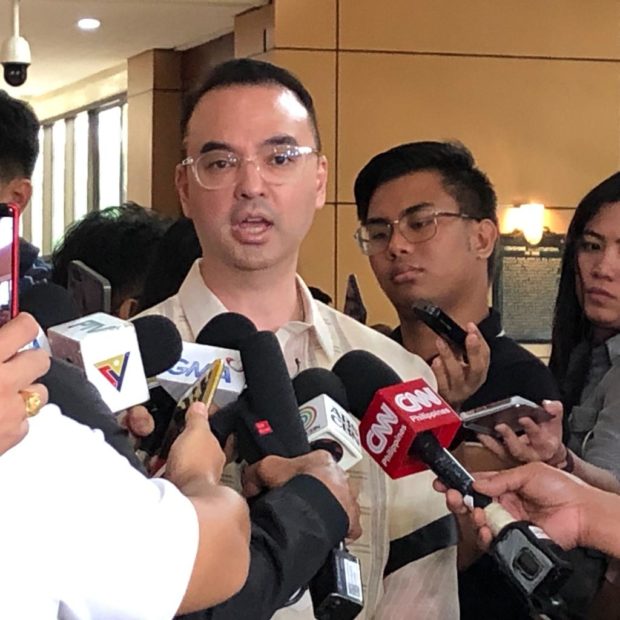 MANILA, Philippines — The House of Representatives convened a majority caucus on Wednesday to discuss concerns of lawmakers in their respective districts in the 2021 budget, Speaker Alan Peter Cayetano revealed.

Cayetano assured that there will be no “blackmailing, hostage-taking” in the discussion of the budget.

“‘Yung essence ng meeting is simple, I will thank every member for their support but ask them to translate that support into coming up with the best budget ever,” he said in a Facebook live.

“That budget should be able to address ‘yung kabuhayan at buhay–lives and livelihood,” he said.

Cayetano said he will discuss priorities on the budget and hear the concerns of each lawmaker.

The Speaker said he will also thank lawmakers for expressing their support for his leadership.

(The support is futile if we stay in office but don’t deliver the priorities of the administration and the needs of the people.)

This prompted  Presidential son and House Deputy Speaker Paolo Duterte to threaten to declare as vacant the positions of Speaker and Deputy Speakers amid ongoing speakership row fueled by the “disparity” in infrastructure budget allocations in their respective districts.

However, this did not come to fruition on Monday when the session ended early.

Villafuerte earlier revealed that a “supermajority” of lawmakers want Cayetano to remain seated as the chamber’s leader instead of Marinduque Rep. Lord Allan Velasco taking over.

He claimed that Velasco has not been vocal nor active in any major issue that hounded the House.

However, Velasco said he is not turning his back from the term-sharing deal between him and Cayetano, which was brokered by President Rodrigo Duterte himself.

“I have been silent during the duration of the Gentleman’s agreement in deference and respect to the sitting Speaker.  My silence does not mean I am disinterested nor I have turned my back on the covenant,” he said.

To recall, in July 2019, President Rodrigo Duterte said Cayetano would serve as House Speaker in the first 15 months of the 18th Congress while Velasco would succeed to serve for the remaining 21 months under a term-sharing agreement.