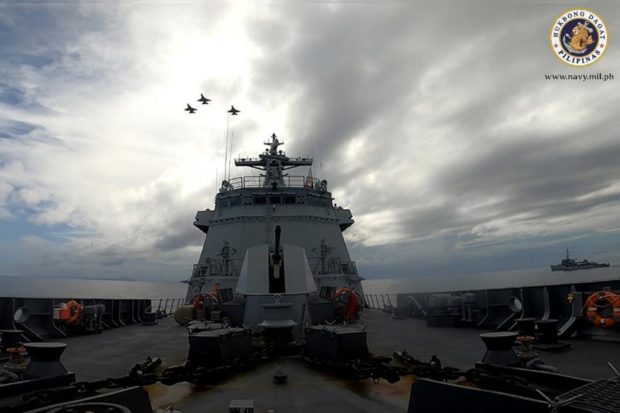 MANILA, Philippines—The Philippine Navy held drills involving one of its newest ships and the Philippine Air Force’s three light combat aircraft near Fuga Island in Aparri, Cagayan province on Tuesday (Sept. 22) in an exercise which the Navy said was meant to assert Philippine “naval presence” in the area.

The drills were a customary procedure to simulate communications and coordination between vessels and aircraft during actual operations. It was also a traditional way to honor transiting vessels.

But the Navy, in its statement, said the vessels’ “passage through Naval Forces Northern Luzon’s area of responsibility is deemed monumental and symbolic as it was able to show the Philippine flag and assert naval presence, particularly in the strategic waters off Batag Island, Benham Rise and Fuga Island.”

The strategically-located Fuga Island, which provides access to the Pacific Ocean and South China Sea, drew public attention in 2019 after a Chinese investors showed interest in converting it into a $2-billion “smart city.” The deal did not push through after the Philippine Navy raised concerns it could compromise national security.

BRP Jose Rizal is expected to arrive at Pier 15 in Manila’s South Harbor on Wednesday (Sept. 23).