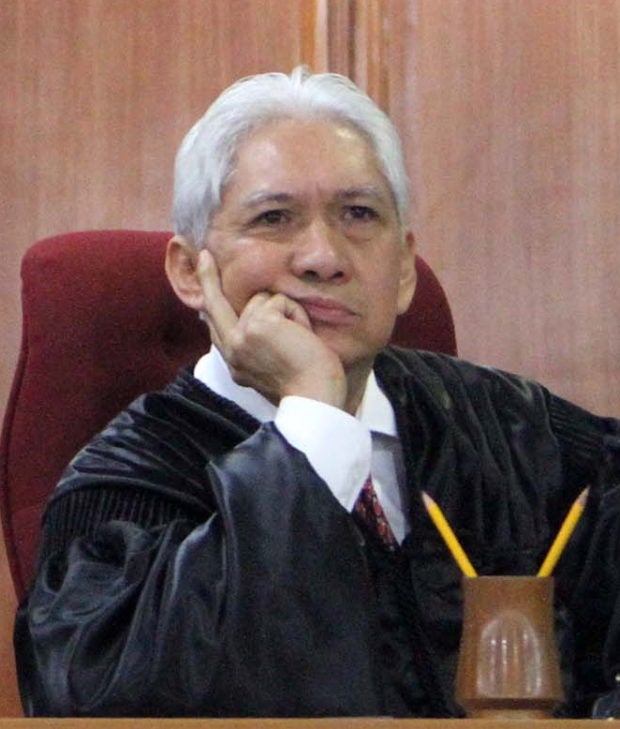 MANILA, Philippines — Ombudsman Samuel Martires on Tuesday defended the restriction of public access to officials’ Statements of Assets, Liabilities, and Net Worth (SALN), saying that this has been weaponized against government officials.

He made the remark during the deliberations on the budget of the Office of the Ombudsman in the House of Representatives.

(According to the experience of the Ombudsman, SALN has been weaponized. It is being used as means to damage the reputation of a person, or besmirch a rival in politics.)

Martires said the government must “restudy the form of SALN” because it is being used by opponents of government officials, but is rooted in the “vague law” and a “vague system.”

(But the root cause of all of these, all of these started because of a vague law. The vague system, form of SALN.)

The Office of the Ombudsman has issued new guidelines on who can request copies of a government official’s Statement of Assets, Liabilities, and Net Worth (SALN), limiting it to the declarant and for officers conducting investigations.

According to the Memorandum Circular No. 1 signed by Ombudsman Samuel Martires, this move is in accordance with the Implementing Rules and Regulations of Republic Act No. 6713 of the Code of Conduct and Ethical Standards for Public Officials and Employees.

Under this memorandum dated September 1, SALNs would now be released only in three situations:

• if the declarant, meaning the government official who filed it and his or her official representative made a request;