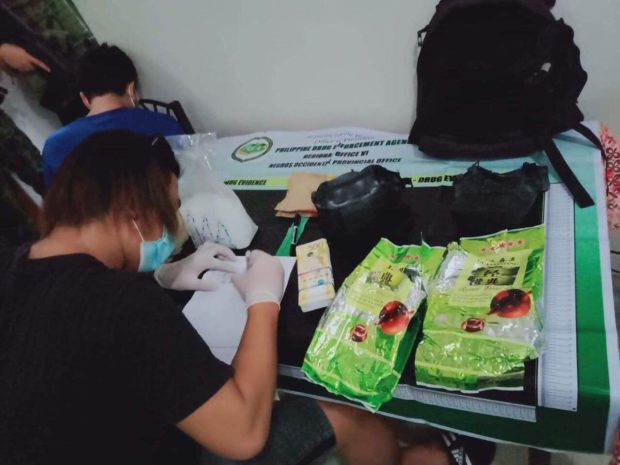 MANILA, Philippines — Almost P14 million worth of shabu (crystal meth) was seized during a buy-bust operation in San Carlos City in Negros Occidental on Monday afternoon.

In a report on Tuesday, Police Regional Office-6 (PRO-6) announced the arrest of Emmanuel Siaboc, 31, of Barangay 6 in San Carlos City.

Members of PRO-6 and Philippine Drug Enforcement Agency-6 hatched the operation in a subdivision in Barangay 1 at 2:45 p.m. which led to Siaboc’s arrest.

Siaboc is now under the custody of San Carlos City Police Station while charges of Comprehensive Dangerous Drugs Act of 2002 are being prepared against him.

Police said Siaboc is tagged as high-value target in PRO-6.