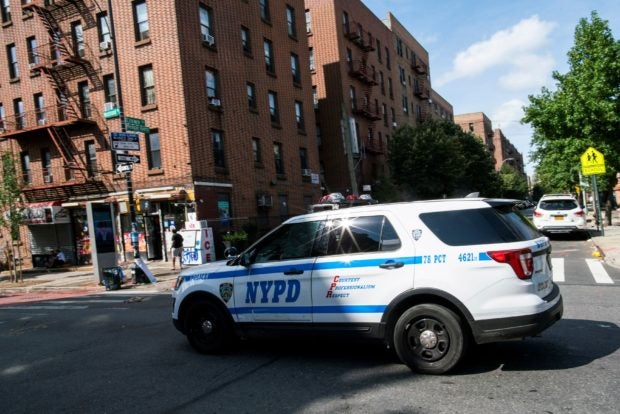 FILE PHOTO: A NYPD car patrols near the area where at least 6 people were shot before the start of J’ouvert celebrations in Brooklyn, New York, U.S., September 7, 2020. REUTERS/Eduardo Munoz

A New York City police officer who also serves as a U.S. Army reservist has been charged with acting as an illegal agent of the government of China, federal prosecutors said on Monday.

Baimadajie Angwang, 33, was arrested earlier Monday at his home on Long Island and was due in court in Brooklyn later in the day, the U.S. Department of Justice said in announcing the charges.

“This is the definition of an insider threat – as alleged, Angwang operated on behalf of a foreign government; lied to gain his clearance, and used his position as an NYPD police officer to aid the Chinese government’s subversive and illegal attempts to recruit intelligence sources,” William Sweeney, assistant director in charge of the FBI’s field office in New York, said in a statement.

Prosecutors say Angwang, a naturalized U.S. citizen who was born in China, has acted as an agent of that country’s government since at least 2014. He was also charged with wire fraud and making false statements.

Angwang is accused in court documents of reporting to Chinese consulate officials about the activities of Chinese citizens in the New York City area and assessing potential intelligence sources within the local Tibetan community, court documents charge.

According to the criminal complaint, Angwang told his handler within the Chinese government that he wanted to get promoted within the NYPD so that he could assist the People’s Republic of China and bring “glory to China.”