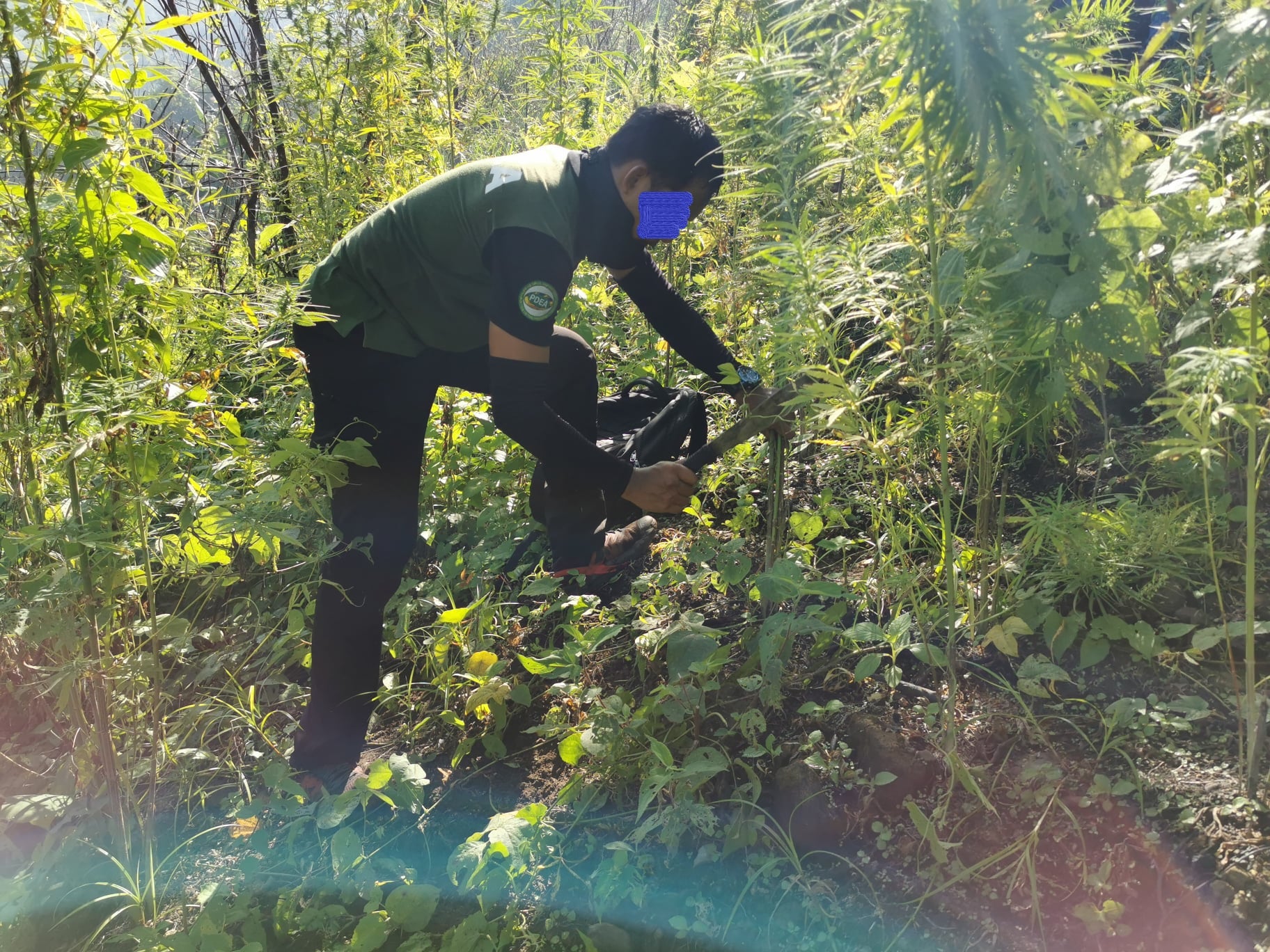 HIGH FLAMES. Authorities uproot and burn these marijuana plants that were discovered at the village of Bugnay in Tinglayan, Kalinga from Sept. 18 to 20. PHOTO FROM PDEA-KALINGA

Police said the marijuana plants, which have an estimated value of P13.96 million, were discovered at the village of Bugnay and seized in operations from Sept. 18 to 20.

Agents from the Philippine Drug Enforcement Agency (PDEA) in Kalinga uprooted and burned the plants in an effort to clear villages of the drug menace in the province.

The operation was part of “Oplan 17: Quebec Jolly Green” that was launched by PDEA offices in Cordillera and Cagayan Valley along with the Kalinga and other police units.