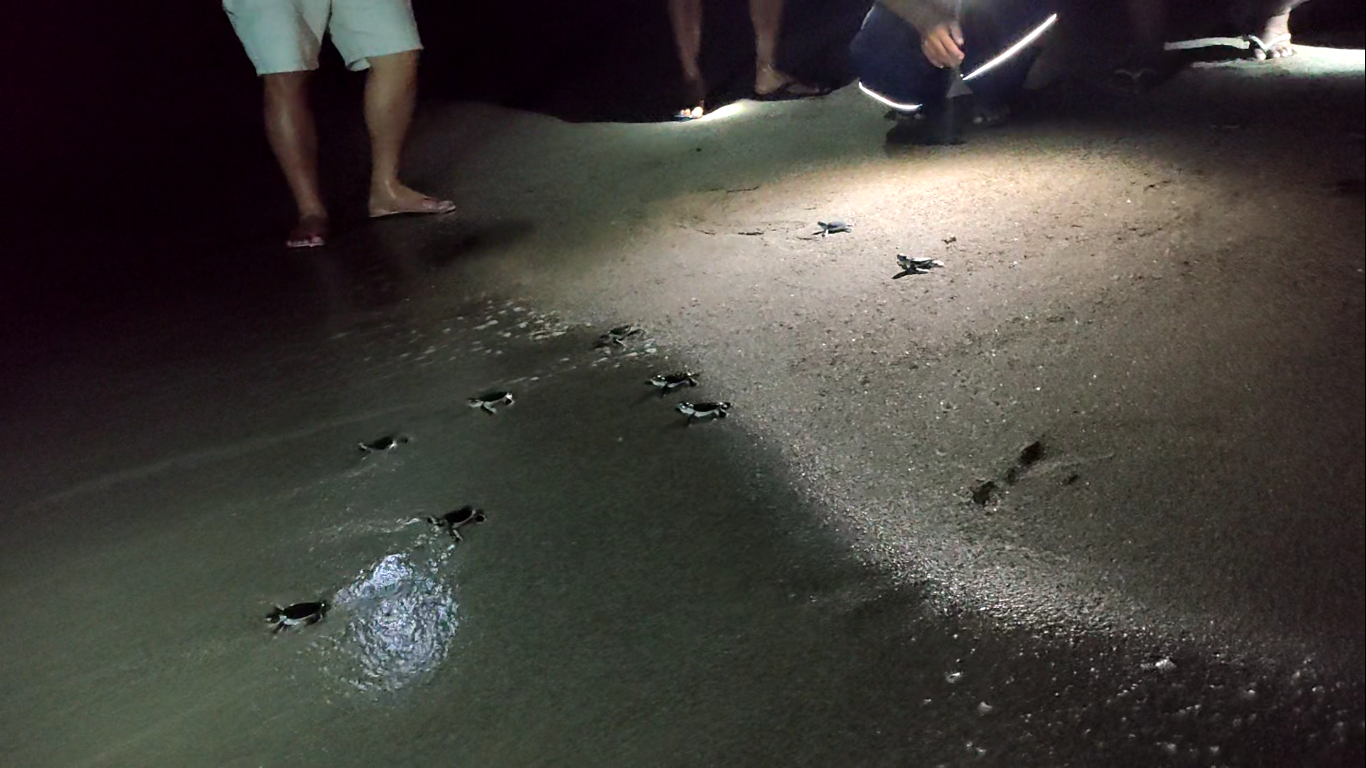 HOMEBOUND. These newly-hatched green sea turtles are released back to the sea, their natural habitat, after they were discovered at the Pahanebneban Beach, a known nesting site of marine turtles in Basco, Batanes. (PHOTOS FROM DENR-PENRO Batanes)

The hatchlings were discovered by employees of the Department of Environment and Natural Resources (DENR) along the Pahanebneban Beach, a known nesting site of marine turtles, around 11 p.m. on Sunday (Sept. 20).

Forester Dionicio Deundo, technical services chief of DENR in Batanes, said the DENR office immediately freed the young pawikan to the bay area an hour later to avoid stress to the endangered animal.

Victoria Baliuag, provincial environment and natural resources officer-in-charge, said the beach area was identified as a nesting site after the first batch of hatchlings was discovered there on Aug. 11.

“Since then, we have deployed teams that conduct regular monitoring to protect the hatchlings from predators and to release them immediately after hatching. The area has also been fenced with nets,” she said.