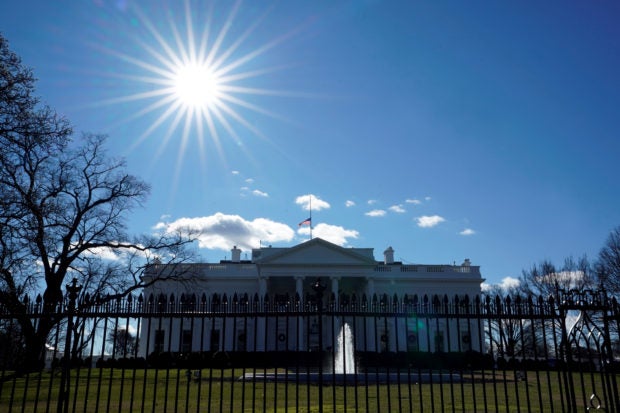 WASHINGTON — Authorities have arrested a person suspected of sending the deadly poison ricin in an envelope addressed to the White House but intercepted before it could be delivered there, a law enforcement source said on Sunday.

In response to a Reuters query seeking confirmation of media reports that a woman accused of mailing the ricin-tainted letter had been taken into custody at the U.S.-Canadian border, the FBI field office in Washington issued a statement saying: “An arrest was made of an individual allegedly responsible for sending a suspicious letter.”

The statement added: “The investigation is ongoing.”

The law enforcement source, familiar with the case but speaking on condition of anonymity, told Reuters the “suspicious letter” referred to in the FBI statement was the same as the envelope found to have contained ricin.

The source also said the person arrested was a woman of Canadian citizenship.

The Royal Canadian Mounted Police said on Saturday that it had received a request for assistance from the FBI in the investigation and that the suspicious letter in question appeared to have been sent from Canada.

The RCMP further stated that an FBI analysis of a substance inside the envelope detected “the presence of ricin,” a highly toxic agent derived from castor beans.

While naturally occurring, the toxin requires a deliberate act to convert it into a biological weapon, with exposure to an amount as small as a pinhead capable of causing death within 36 to 72 hours. No known antidote exists.

Initially asked about the incident on Saturday, the FBI said it had joined the U.S. Secret Service and the U.S. Postal Inspection Service in the investigation of “a suspicious letter received at a U.S. government mail facility.”

The envelope was intercepted at a U.S. government mail center before it could be delivered to the White House.

The Secret Service and the Royal Canadian Mounted Police both declined comment on Sunday.

There have been numerous incidents involving envelopes mailed with ricin to U.S. officials in recent years.

In 2018, a Utah man was indicted on charges of making ricin-related threats to President Donald Trump, FBI Director Christopher Wray and other federal officials, with all the letters “containing castor bean material.”

Two people have been convicted and sentenced to prison in separate incidents of sending ricin-tainted letters to Barack Obama while he was president.