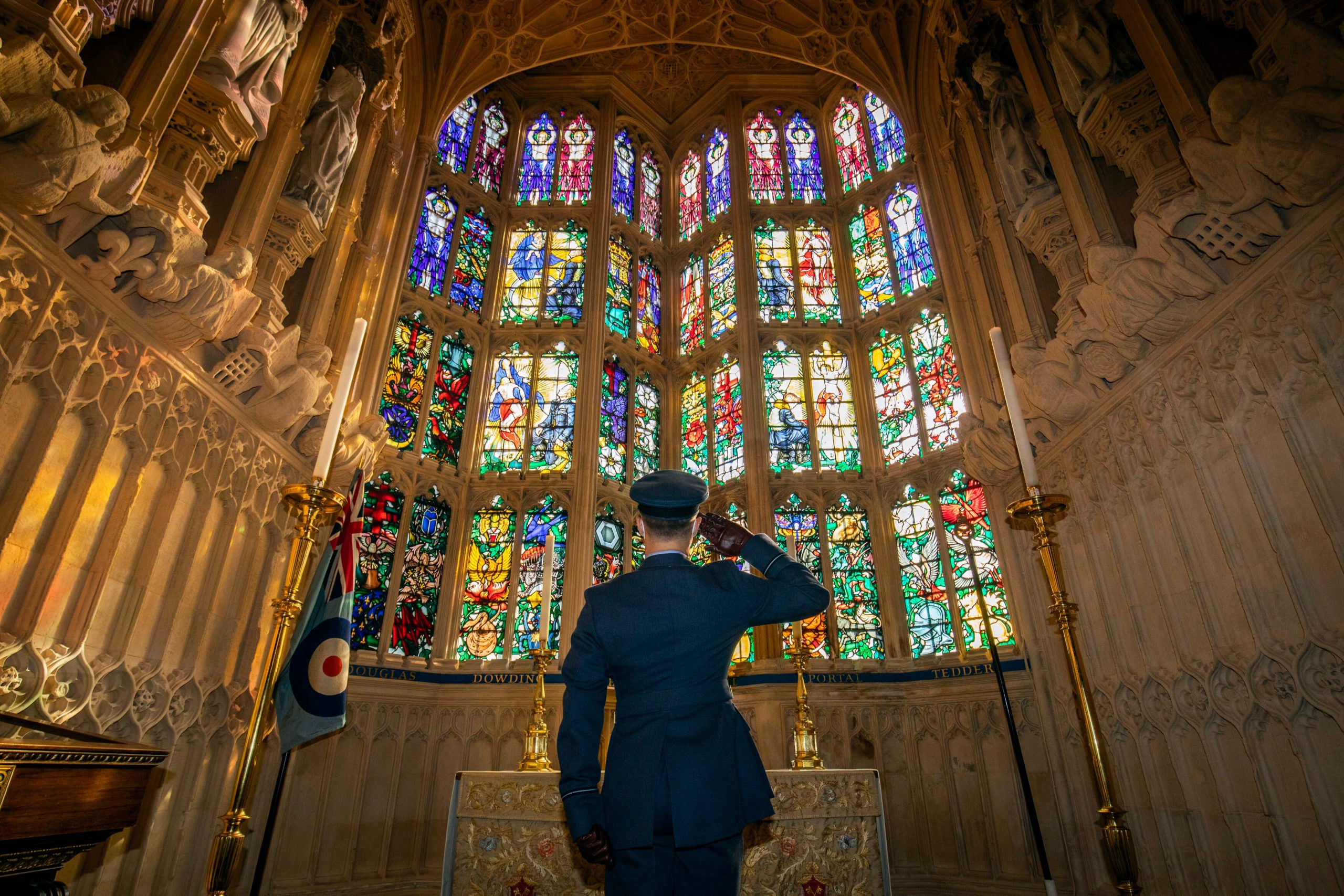 Flying Officer James Buckingham salutes The Battle of Britain memorial window inside Westminster Abbey, the stained glass window by Hugh Easton that contains the badges of the fighter squadrons that took part in the Battle, during a service to mark the 80th anniversary of the Battle of Britain at Westminster Abbey, London, Sunday, Sept. 20, 2020. (Aaron Chown/Pool Photo via AP)

LONDON — Military jets flew over central London and a memorial service was held at Westminster Abbey on Sunday to mark the 80th anniversary of the Battle of Britain, a major air campaign against Nazi Germany during World War II.

British Prime Minister Boris Johnson led the service, which was attended by under 100 guests — a much smaller audience compared to the 2,000 people usually invited to the annual event — to allow for social distancing.

In a speech, Air Vice Marshal John Ellis honored public health workers in their fight “against an invisible army” as he compared the Battle of Britain with the country’s current battle against the coronavirus pandemic.

“Once again, there have been sacrifices made, often quiet, often humble, unnoticed by many,” he said. “Although starkly different events, each of them has two things that are so important for our humanity — service, and value.”

The Battle of Britain in 1940 saw 630 Royal Air Force fighters repel some 1,120 Luftwaffe aircraft sent to attack London, and led to Hitler postponing his plans to invade Britain.

Westminster Abbey has held a service to remember the 1,497 pilots and crew killed or mortally wounded in the battle every year since 1944.

On the coronavirus front, Britain has the worst death toll in Europe with over 41,800 confirmed virus deaths, according to a tally by Johns Hopkins University. Johnson’s Conservative government has been criticized for its often-confusing handling of the outbreak.

An official survey estimated that new infections and hospital admissions are doubling every seven to eight days now in the U.K. and the government is widely expected to announce more restrictions shortly to fight the renewed spread of the virus.