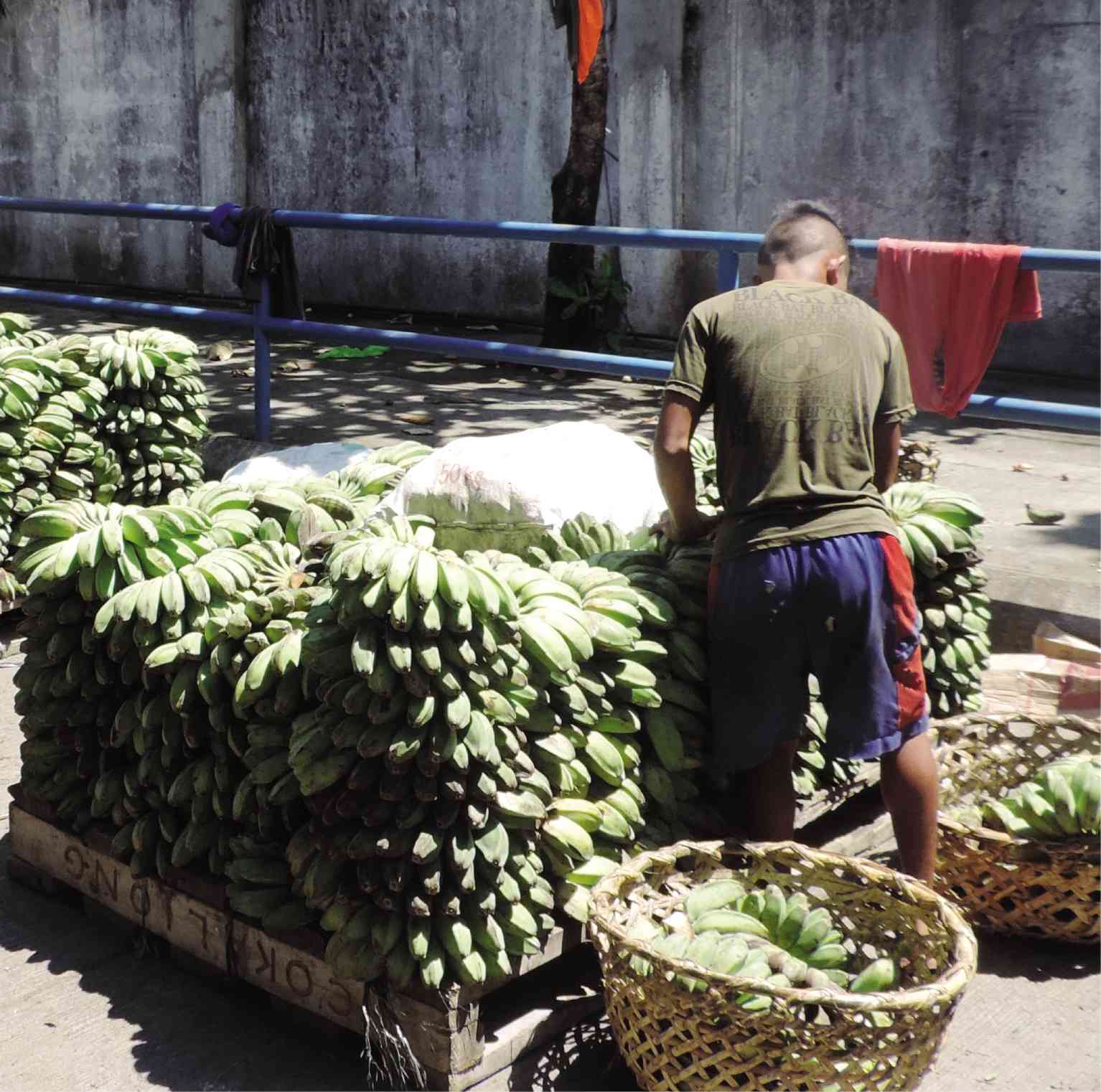 FILE — BANANAS are stocked and packed by workers at the Nasipit port. In North Cotabato, bananas are rotting in ports because of the lack of ships to transport the produce to ports in Cebu and Manila. INQUIRER PHOTO

MANILA, Philippines—The Department of Agriculture said Saturday that it will use P262.7 million to bankroll efforts that would produce banana varieties resistant to Fusarium wilt, along with developing initiatives that would increase yield and the quality of fruit that would be suitable for both domestic and export markets.

Secretary William Dar said in the DA’s official website that P100 million was earmarked under the Bayanihan to Recover as One Act (Bayanihan 2) as a counterpart fund to rehabilitate cavendish areas in Mindanao that was under the grips of Fusarium wilt.

Banana plants infected with Fusarium wilt are usually stunted, its leaves turn pale green to yellow, and over time will wither and die.

Dar also challenged the Pilipino Banana Growers and Exporters to match his agency’s P100-million to carry out a sustainable research and development program to control Fusarium wilt and rehabilitate the affected areas.

“I challenge the [PBGEA] leadership to also put a counterpart funding for the very research issues that you would like to pursue. I am not going to mention how much you will commit, but we will gladly welcome your share,” said Dar during the 27th joint annual general assembly Friday.

Part of the research and development program is the establishment of a system that would ensure the production via tissue culture of quality banana resistant varieties while distributing these to farmers to rehabilitate and re-plant the disease-damaged farms.

Rising up to Dar’s challenge, PBGEA Chairman Alberto Bacani said he’s expecting his fellow members—composed of the Philippines’ 24 top banana growing and exporting companies—to agree on a counterpart fund in their next meeting.

Bacani also pledged his group’s assistance to Dar’s request to help validate the extent of the damage of the Fularium wilt or Panama disease infestation in Mindanao.

“We agree that there should be a formal mapping out of areas affected by Fusarium wilt,” said Bacani.

The Philippines’ exports saw a decline in banana exportation, from $1.158 billion to $1.034 billion or a 10 percent decline, in the first seven months of 2020 compared to the same time frame in 2019,as per Philippine Statistics Authority data.

“I am afraid we are already losing our traditional market share. Given the current situation, our markets still have the disposable income to buy bananas, most especially at this time of a pandemic. There is simply no reason for them not to buy. And yet, the Philippines is losing in the export war. What happened?” said Dar.

“If left unchecked, this will reduce substantially the Philippines’ exports, disrupt trade in the international markets, and cause suffering on banana growers, farmers, workers and their families, which may lead to social unrest.”

In addition to the P100-million seed fund for the planned Fusarium wilt research center, the DA will also implement the “Cardaba” (saba) industry development program, with funding of P120 million to cover 10 provinces: North Cotabato, Lanao Del Norte, Davao Del Sur, and Agusan Del Norte in Mindanao; Samar and Leyte in the Visayas; and Apayao, Cagayan, Quezon, and Oriental Mindoro in Luzon.

The DA in its proposed 2021 budge also included a P42.7-million fund under the agency’s high-value crops development program for various banana industry initiatives.