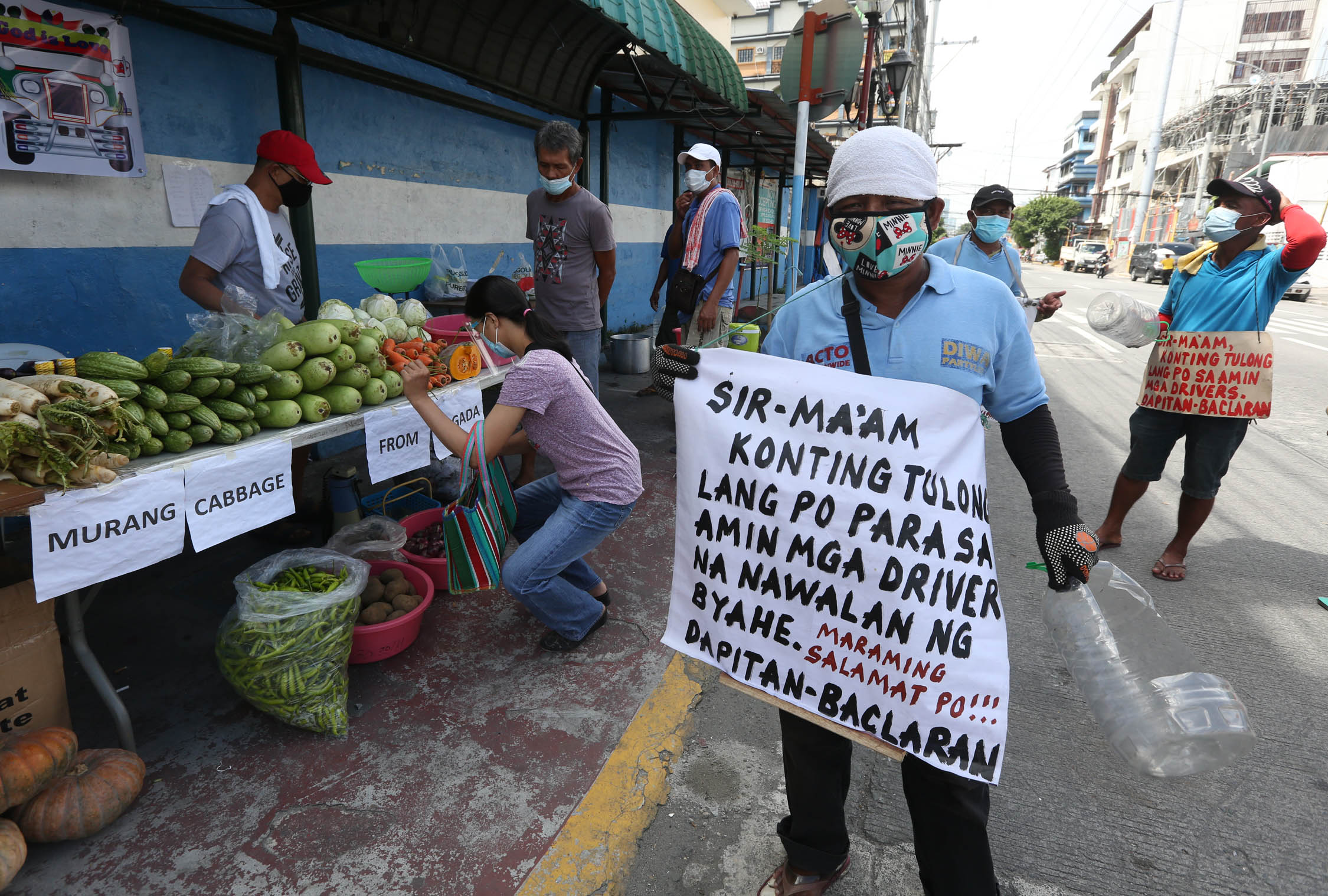 MANILA, Philippines — As two-thirds of more than 55,000 jeepney drivers have yet to return to the streets, losing their jobs in the time of pandemic has also taken its toll on their mental health.

Debt after debt, jeepney driver Tristan Agravante of the Punta-Quiapo route in Manila had struggled to survive and support his 73-year-old mother, bereft of income and state support.

His brother, Arvin, said that Agravante had started showing depressive tendencies in the past months.

Until recently, he could no longer bear the burden and attempted to kill himself.

“He wasn’t able to return to his route since the lockdown started. His debts from ‘5-6’ schemes had piled up; our mother doesn’t even receive pension. Maybe all those pressures troubled him so much and affected his mind,” said Arvin.

A jeepney driver himself, Arvin said that he, too, had found it difficult to produce money for his own family and his brother’s medical treatment.

With a little amount sent by their sister from the province, they were only able to bring Agravante to the National Center for Mental Health on Tuesday, where he was diagnosed with depression.

“It’s been half a year and many of us have yet to receive any financial aid. Some of us have lost their dignity by begging in the streets,” said Ernesto Cruz of the National Confederation of Transport Workers Union.

Cruz said that instead of reducing physical distancing in public utility vehicles, the government should allow the thousands of displaced jeepney drivers to go back on the road.

Public interest groups had long been proposing adding more public utility vehicles, like open-air jeepneys, that are deemed safer because they are better ventilated compared to closed vehicles.

But six months into community quarantine, the Land Transportation Franchising and Regulatory Board (LTFRB) had only allowed around 18,000 jeepneys in Metro Manila to ply 206 reopened routes for traditional PUJs (public utility jeepneys).

The Alliance of Concerned Transport Organizations said only 30 percent were able to return to the streets due to personal issues or problems with LTFRB.

The Move As One Coalition had also appealed to the government to reopen all jeepney routes as soon as possible.