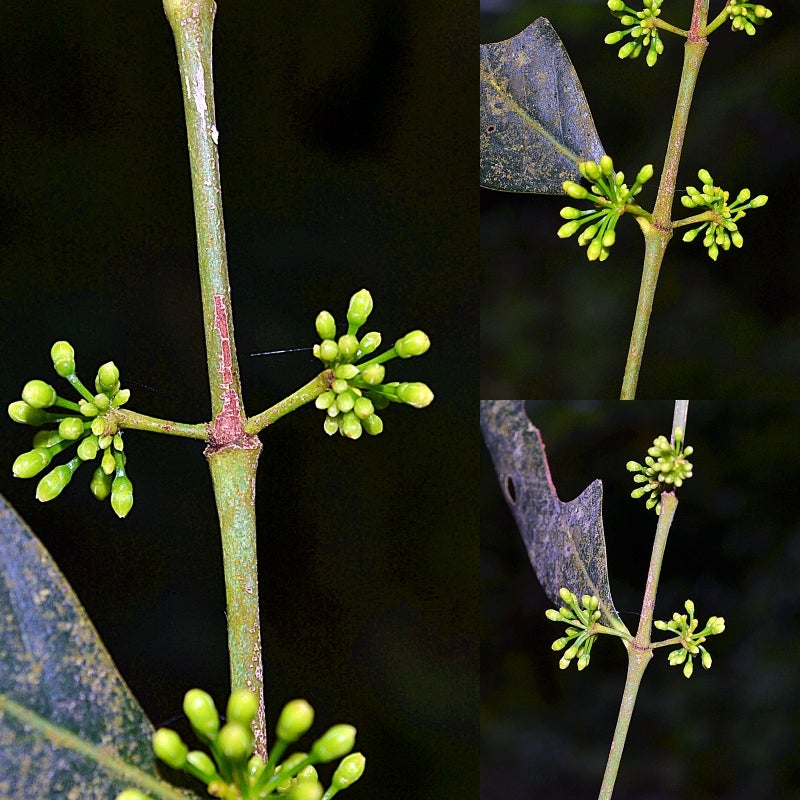 COFFEE FAMILY A new flowering plant from the madder, or coffee, family discovered growing in Mt. Arayat National Park has been confirmed by botanists. —PHOTO COURTESY OF AXEL H. ARRIOLA

CITY OF SAN FERNANDO — A new flowering plant that was discovered growing in Mt. Arayat National Park in 2017 has been confirmed by botanists, the Department of Environment and Natural Resources (DENR) said on Thursday.

The species Pyrostria arayatensis was found by a team of researchers led by Marlon Suba in a lowland forest of the 3,715-hectare park in eastern Pampanga province, according to Paquito Moreno, DENR regional executive director for Central Luzon, in a statement on Thursday.

Pyrostria arayatensis belongs to the family Rubiaceae, commonly known as the madder, or coffee family, and is endemic to the Philippines, said Suba, who teaches at the Angeles University Foundation in Angeles City.

Members of the Rubiaceae family possess tiny flowers and leaves arranged in whorls. The conservation status of Pyrostria arayatensi, or the determination of the new species’ survival under current conditions, has not yet been measured.

Moreno said the new plant suggests that the park has “sustained its healthy biological diversity.” Mt. Arayat hosts 49 species of trees and plants, 86 species of birds, 14 species of mammals, and 11 species of reptiles.

Commonwealth President Manuel L. Quezon established Mt. Arayat as a national park through Proclamation No. 203 in 1937.