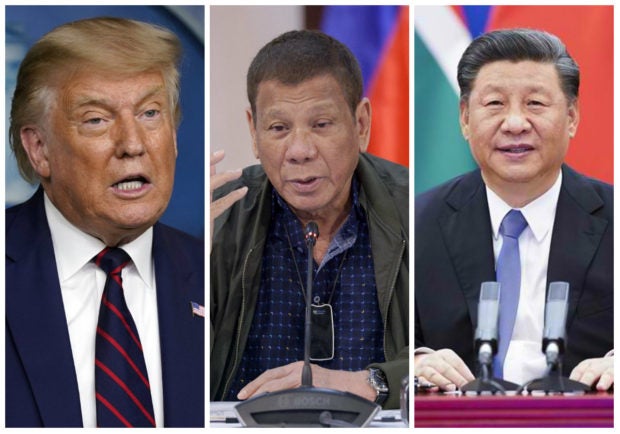 MANILA, Philippines — Senators on Friday held an executive session with Department of Foreign Affairs (DFA) Secretary Teodoro Locsin Jr. and other officials to discuss the country’s foreign policies toward the United States and China.

“That’s all I can reveal,” Pimentel said in a Viber message.

A schedule posted on the Senate website showed that the meeting’s agenda are the “current Philippine foreign policies toward the United States of America and the People’s Republic of China; the objectives of these policies; and the effect of these policies in the conduct of the affairs of the Philippines.”

Since taking power in 2016, Duterte has repeatedly threatened to “break up” the Philippines’ long-standing alliance with the US and pursued closer ties with non-traditional allies Russia and China.

The relationship between the Philippines and the US had been strained after Washington’s criticisms of Duterte’s brutal drug war angered the firebrand Philippine leader.

But Manila’s alliance with Washington rather improved after businessman Donald Trump, whom Duterte described as a “good friend,” won the US presidential elections in November 2016.