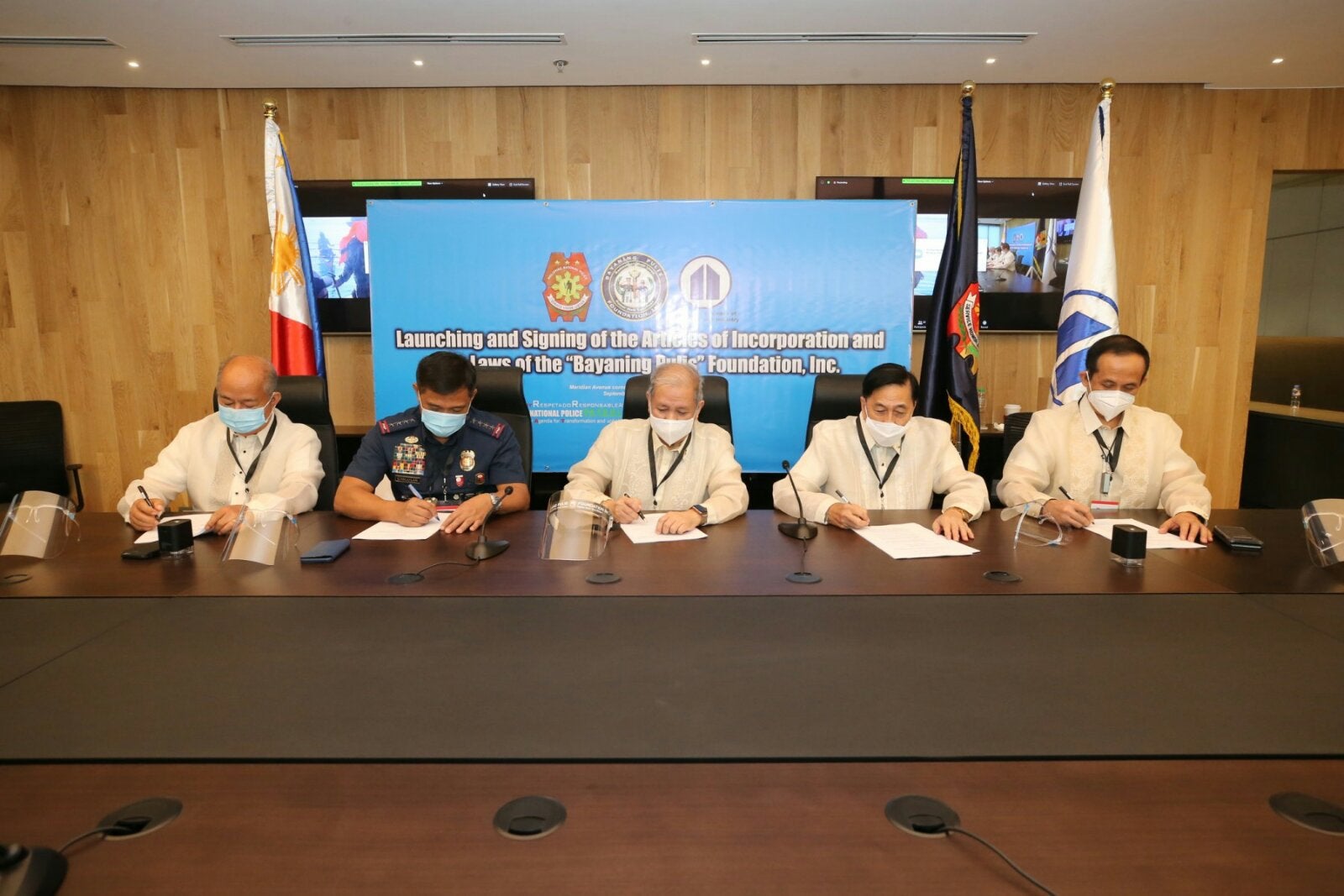 PNP, PCCI and members of the private sector signed the Bayanihan Foundation Inc. agreement which aimed at providing scholarships for children of heroic cops who died in the line of duty. /PNP-PIO

MANILA, Philippines — The government will provide scholarship grants to the children of police officers who sacrificed their lives in the line of duty, the Philippine National Police (PNP) said Friday.

This after the PNP and the Philippine Chamber of Commerce and Industry (PCCI) launched “Bayaning Pulis Foundation, Inc.,’ aimed at offering elementary and college educational aid to children and dependents of police heroes who died to serve their duty as law enforcers.

PNP chief Gen. Camilo Cascolan said the foundation is part of the PNP Peace and Order Agenda for Transformation and Upholding of the Rule of Law or PNP P.A.T.R.O.L Plan 2030 by providing assistance to families of fallen policemen.

“This is a high impact project as part of the realization of PNP P.A.T.R.O.L 2030, and this time, it aims to secure the welfare and benefit of dependents of PNP personnel who died or permanently incapacitated in the line of duty,” Cascolan said during the online launch of the Bayanihan Pulis Foundation.

Mangaldan was one of the SAF troopers who died fighting members of the terrorist group Maute during the Marawi siege in 2017. Magno is one of the policemen who died after he covered a grenade to lessen the casualties at Initao College in Cotabato in 2019.

Resurreccion, chief of Carmen town in Cotabato, was gunned down while pursuing suspects behind a shooting incident.

In a statement, PNP spokesman Col. Ysmael Yu said the Bayanihan Pulis Foundation will be headed by Brig. Gen. Noel Barreceros while Lawyer Benedicta Du-Baladlad of Benedicta Du-Baladad Law Office was appointed as Secretary of the foundation.

“So si president, si Gen. Baraceros will continuously evaluate the candidates for the assistance of our foundation. So what you have seen this morning is just the star and we will be continuing to do the evaluation,” Cascolan told reporters in an ambush interview after the online launch.

PCCI chairman Ambassador Bendicto Yujuico said they expect that the program will be a continuous effort for children of heroic policemen.

“This is actually a continuing program over the next several years because we want to build an endowment fund that can sustain what we have started,” he said. [ac]