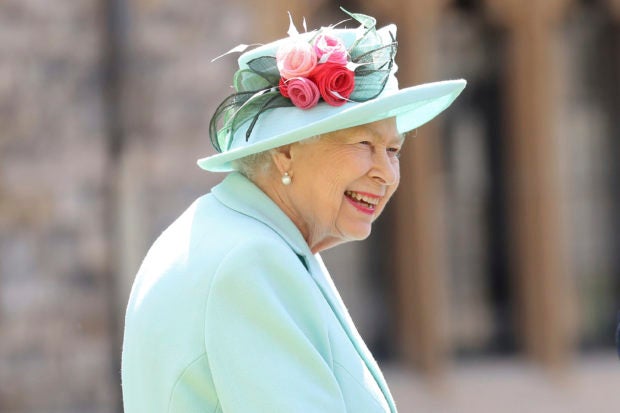 FILE – In this July 17, 2020 file photo, Britain’s Queen Elizabeth smiles after awarding Captain Sir Thomas Moore his knighthood during a ceremony at Windsor Castle in Windsor, England. The former British colony of Barbador, once known as “Little England,” announced Tuesday, Sept. 15, that it plans to replace the monarch with its own head of state in time for next year’s 55th independence anniversary. (AP Photo/Chris Jackson, File)

SAN JUAN, Puerto Rico — Queen Elizabeth II has eight realms in the Caribbean, but Barbados no longer wants to be part of that kingdom.

The former British colony once known as “Little England” announced it plans to replace the monarch with its own head of state in time for next year’s 55th independence anniversary.

“Our country can be in no doubt about its capacity for self-governance,” Barbados’ Governor General Sandra Mason, who was appointed by the queen, said late Tuesday. “The time has come to fully leave our colonial past behind.”

It is Barbados’ second attempt in five years to replace the queen with a local leader, but some believe this time will be different, in part fueled by a recent push across the Western Hemisphere to bring down symbols of oppression.

Barbadian businessman Chester Sue told The Associated Press by phone that he supports the move even though he doesn’t think it would make much of a difference.

“It is long overdue,” he said. “I don’t subscribe to the present system … We still have to pay homage to the queen of England. I find it to be a whole lot of nonsense.”

English settlers first arrived in Barbados in the 1620s and turned it into a wealthy sugar colony dependent on the work of hundreds of thousands of African slaves.

The island gained its independence from the United Kingdom in November 1966 and dropped the London-based Privy Council in 2005 for the Trinidad-based Caribbean Court of Justice as its final court of appeal, but it remains a commonwealth realm.

Barbados would need a two-thirds majority in Parliament to make the constitutional changes required to remove the queen as head of state and implement a ceremonial president. Prime Minister Mia Mottley’s Barbados Labour Party controls both houses in Parliament.

Buckingham Palace and Downing Street said the decision lay in the hands of government officials in Barbados, with a Number 10 spokesman adding, “We obviously have a shared history and remain united with Barbados in terms of history, culture and language.”

Barbados first pursued the idea of republicanism in the late 1970s and in 2008 proposed to hold a referendum on the issue, but the date was pushed back indefinitely. Then in 2015, former prime minister Freundel Stuart announced Barbados would seek to become a republic by the island’s 50th independence anniversary, a plan that didn’t materialize.

Sue, the Barbadian who favors republicanism, said he is hopeful given the recent protests against the statue of British Vice-Admiral Horatio Nelson in the capital of Bridgetown. Government officials have said they would remove the statue and relocate it to a place that has not yet been identified. But he worries people have gotten used to the political status quo.

“I feel a lot of Barbadians are happy under the colonial trappings,” he said. “They have been in that mode for so long.”