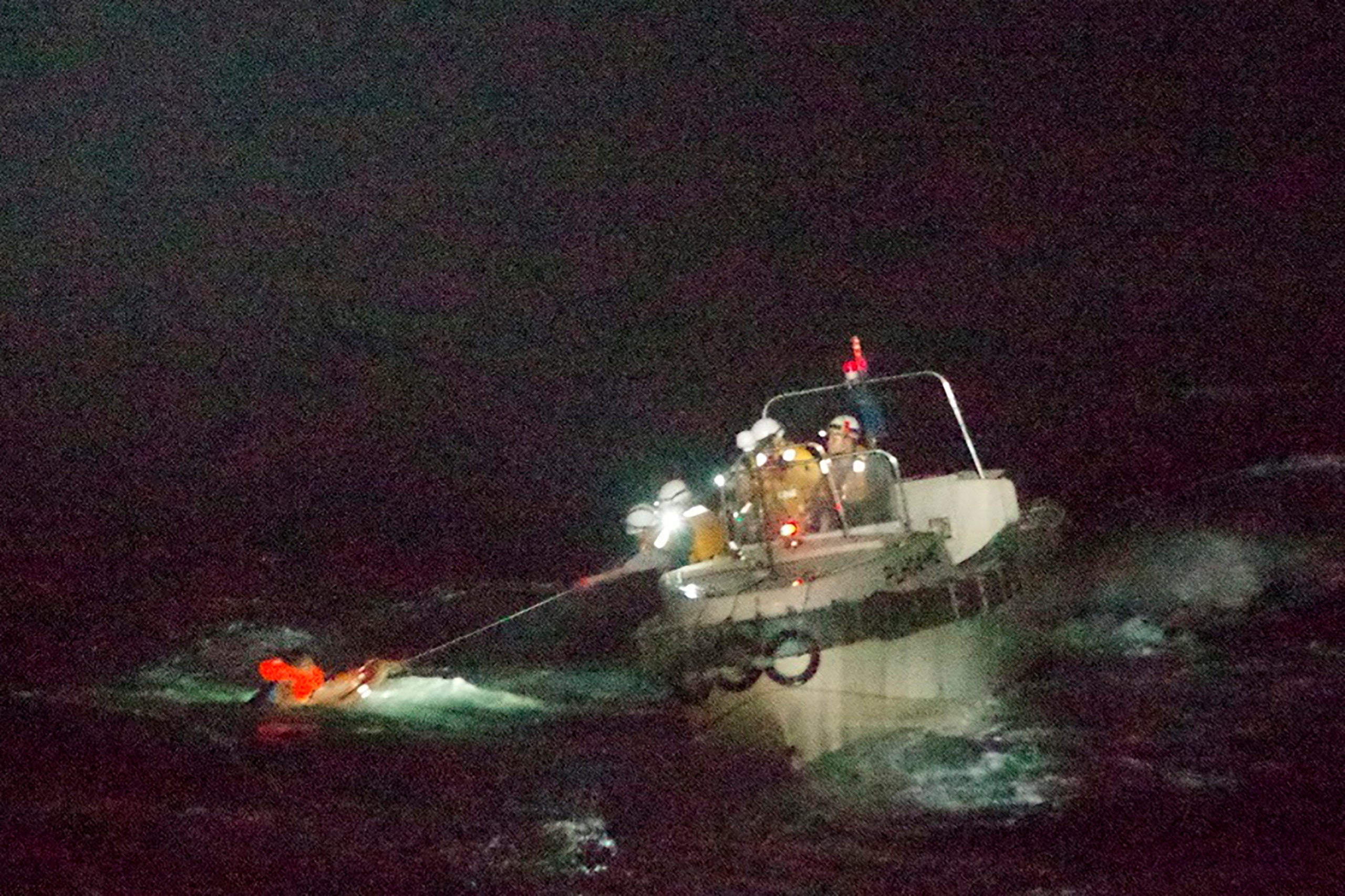 MANILA– Families of 39 Filipino crewmen who were aboard a cattle ship that sank during a typhoon are pleading for a search to continue and to expand into uninhabited islands and nearby waters, two weeks after their vessel capsized off Japan.

Of the ship’s 43 crew, three were rescued – all Filipinos – but one later died after being found unconscious. Thirty-six Filipinos, two New Zealanders and two Australians are missing.

“We are getting frustrated not knowing where they are,” said Liberty Seneres, wife of chief engineer, Aristotle Sabillena.

“We are worried. But there still is hope that they are still alive.”

The group called on the Philippine government to resume the search and expand it to waters off South Korea, Taiwan and China.

They urged the manpower agency that supplied the crew, LMA Korpil, to send resources for a rescue mission and the ship’s owner, the United Arab Emirates-based Gulf Navigation Holding PJSC, to start private operations or deploy professional divers.

“We also believe there are some survivors – if not all – either on those rafts or nearby uninhabited islands just waiting for someone to care enough to keep searching. But we must act now,” said Fredelyn Addug-Sanchez, sister of ship captain Dante Addug.

She said for those unable to escape, recovery of their remains would at least provide some closure.

“Let’s work together and bring our boys home, they are worth our effort,” she said.

The Philippine foreign ministry, Korpil and Gulf Navigation did not immediately respond to requests for comment.