After stepping down due to ailment, Quirino town mayor dies 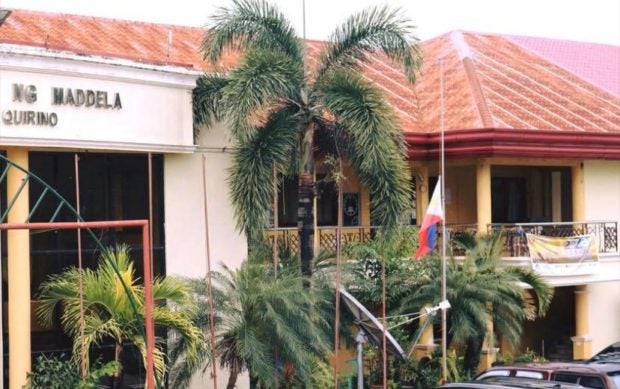 The Philippine flag at the town hall of the municipality of Maddela in Quirino province is flown at half-staff to mourn the death of Mayor Florante Ruiz who just resigned last week due to an ailment.(Photo courtesy of Maddela municipal government)

MADDELA, Quirino – Days after he stepped down from his post due to a lingering ailment, Mayor Florante “Pong” Ruiz passed away on Wednesday, people close to him said. He was 61.

Ruiz died while being treated in a hospital. The town hall has flown its flag at half-staff to mourn his death.

The longtime public servant was described by his colleagues as “very generous.”

When he resigned last week, Ruiz said his “recurring illness” had been preventing him from doing his job.

A law graduate, Ruiz started his government service as the first town secretary in nearby Nagtipunan town.

He first won as mayor in this town in May 2001 and later served for three consecutive terms until 2010 and then served as vice mayor.