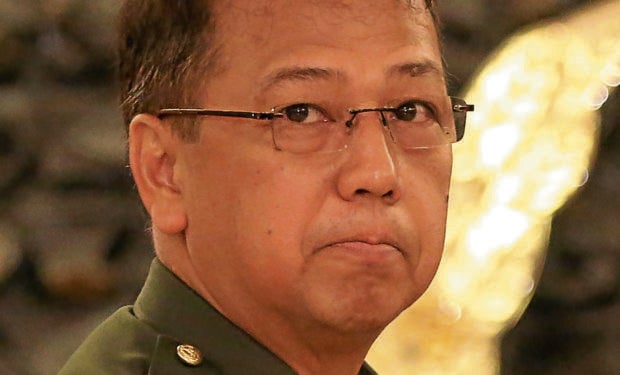 MANILA, Philippines — The chief enforcer of the national action plan against COVID-19 on Tuesday claimed that the government’s aggressive isolation policy had prevented more than 100,000 coronavirus infections.

Carlito Galvez Jr., head of the National Task Force Against COVID-19, said the government was looking to convert more hotels in Metro Manila, Central Luzon and Calabarzon into quarantines.

He said the isolation of 24,538 COVID-19 patients helped slow the spread of the coronavirus in the three regions.

“If we were not able to [remove COVID-19 patients] from home quarantine, we would have had an exponential growth [in cases] of three or four times … The number of cases would not have been reduced in Metro Manila,” Galvez said, noting that Metro Manila had 88,109 cases on Aug. 14, which were reduced to 53,754 by Sept. 14.

On Tuesday, the Department of Health (DOH) logged 3,544 additional infections, bringing the overall number of confirmed COVID-19 cases to 269,407.

The DOH reported that 395 more patients had recovered, raising the total number of recoveries to 207,352, and that 34 more sufferers had died, pushing the death toll to 4,663.

The recoveries and deaths left the country with 57,392 active cases, of which 87.9 percent were mild, 8 percent asymptomatic, 1.2 percent severe, and 2.9 percent critical.

Of the newly reported fatalities, 29 died this month, three in August, and one each in May and April. Thirteen of the fatalities were from Metro Manila, five from Calabarzon, three from Cagayan Valley, three from Central Visayas, two each from Central Luzon, Bicol and Northern Mindanao, and one each from Western Visayas, Eastern Visayas, Zamboanga and the Bangsamoro Autonomous Region in Muslim Mindanao.

Galvez said his task force had P4.5 billion in the second coronavirus relief measure for the conversion of hotels into quarantines.

“We can isolate 128,000 COVID-19 [patients] in hotels. We are making arrangements with the Department of Tourism for all two-star and three-star hotels to be made into quarantine[s]. Four-star and five-star hotels would be for staycations,” he said.

The Philippines is participating in human trials of candidate vaccines for COVID-19, including drugs from Russia and China.

It is also negotiating for supplies with pharmaceutical companies, and has encountered reservation fee demands from some Western drug makers.

In a televised speech on Monday night, President Duterte slammed those companies for their “profit, profit, profit” mentality.

Mr. Duterte vowed not to pay the reservation fees, saying the demand was “foolish” and a “scam” that would violate the Philippines’ procurement law.

“There’s no vaccine yet, there is nothing with finality, and you want us to make a reservation by depositing money. You must be crazy,” he said. “[T]he procurement law of the Philippines, this country, does not allow you to buy something which is nonexistent or to be produced yet. It’s a very exacting law and you must always reckon with prosecution and going to jail.”

—With reports from Jovic Yee and Julie M. Aurelio