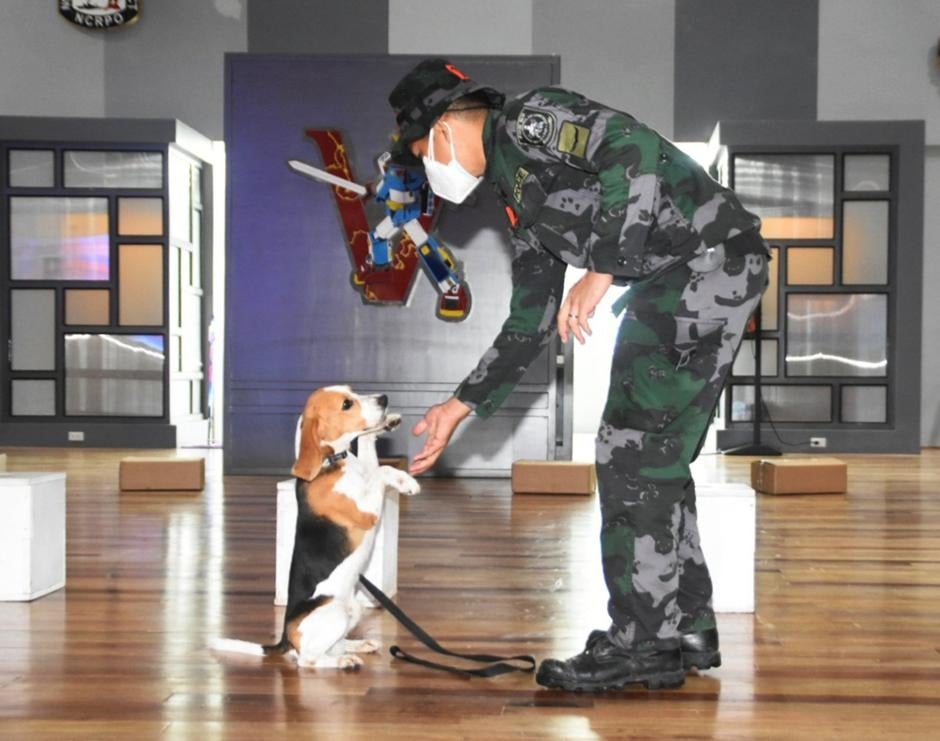 One of the dogs in NCRPO K9 units underwent a short training during the press conference at Camp Bicutan, Taguig City on Sept. 15. /NCRPO PIO

MANILA, Philippines — The National Capital Region Police Office (NCRPO) on Tuesday said it is training more dogs for its K9 units to assist in the illegal drug efforts as well as detection of explosives.

He said there is a need for “re-training” of the dogs to ensure that they are equipped with the basic training.

After training, 13 dogs will be sent to different places of convergence to ensure safety in Metro Manila.

(Our dogs will be deployed in areas of convergences particularly in malls, bus terminals, MRT, department stores. Now, if the churches will open, we will also deploy them there.)

Currently, NCRPO has 40 canines for its Explosives and Ordnance Division K9 Unit with 27 already deployed in different areas in Metro Manila.

The EOD/K9 Unit is in charge of safe disposal of bombs and neutralization of hazards from chemicals, nuclear, and improvised explosive devices (IED) which poses risk in the community.