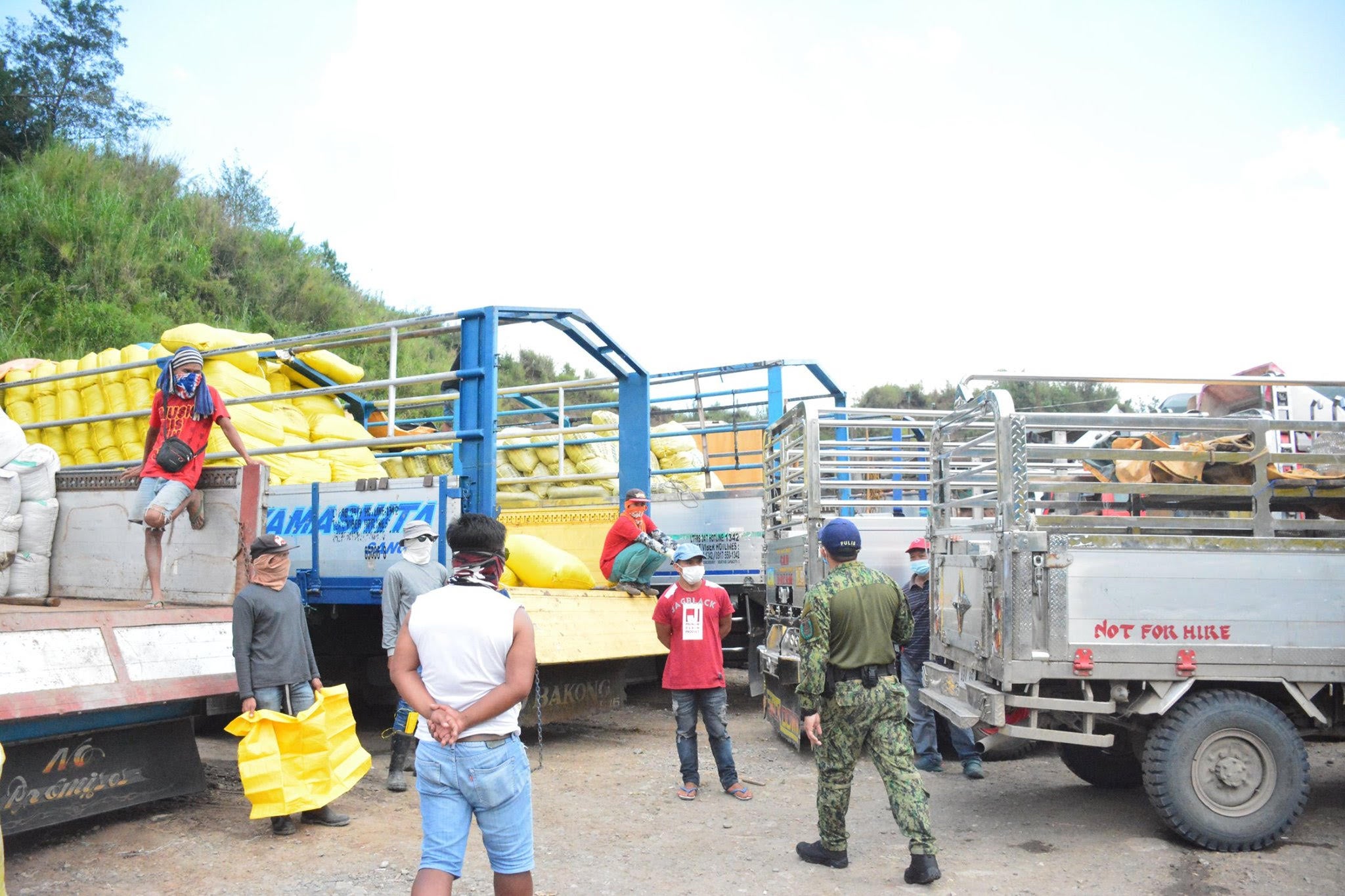 Authorities inspect the storage areas for chicken dung in La Trinidad, Benguet after receiving complaints about the trade that has been declared as “public nuisance.” PHOTO FROM LA TRINIDAD MAYOR

LA TRINIDAD, Benguet—Police were sent to a village here to stop the entry or sale of chicken dung after the local government ordered five dung dealers to cease operating.

Maj. Cleff Vencio, La Trinidad police chief, said two police teams were assigned to man the entry and exit points leading to the storage areas of the dung dealers at the village of Shilan.

“We have been on cat-and-mouse chase with these dealers who refuse to follow the closure order of the mayor, so we decided to deploy police officers to actually guard the area,” he said.

On Sept. 7, Mayor Romeo Salda issued notices of closure to five dung storage areas. Residents near the storage areas had been complaining about the stink coming from the area.

Salda had also issued closure orders to the dung storage areas in May 2018 but operators defied the order, challenging it in court.

Salda said the court has already dismissed the dung dealers’ petition, including a motion for reconsideration.

Salda’s order closing the dung storage areas was based on a local court injunction in 2009, later affirmed by the Court of Appeals, which described the trade and storage of chicken dung in the town as a public nuisance.