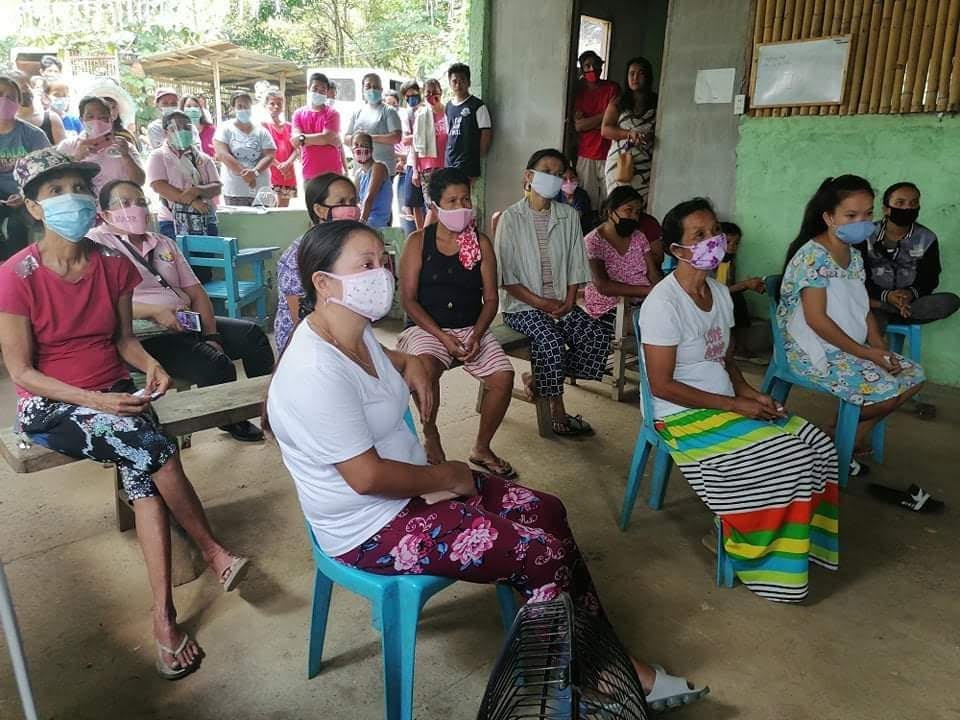 The Army’s 48th IB holds a meeting with the Dumagat in Bulacan during a food pack distribution. CONTRIBUTED PHOTO

CITY OF SAN FERNANDO—Representatives of the indigenous people’s group Dumagat in legislative councils in Bulacan province have denied reports that military activities have caused hunger among tribespeople there.

In a Sept. 7 report to the National Commission on Indigenous Peoples (NCIP) in Central Luzon, the NCIP office in Bulacan said Amelia Panerio, Indigenous People Mandatory Representative (IPMR) in Norzagaray, Bulacan confirmed that the 48th Infantry Battalion “never hindered the livelihood of the community.”

This despite the government soldiers securing the Angat watershed area through a base in a place called “Survey,” which is being claimed by tribal folk as part of the Kabayunan ancestral domain.

Liberato Sembrano, IPMR of Doña Remedios Trinidad, said it was Bro. Martin Francisco who was “hungry” because “he stopped getting funds.”

Francisco, founding chair of the Sagip Sierra Madre Environment Society, earlier wrote a letter to Malacanang asking for support for the Dumagat whom he said had their lives disrupted by the presence of soldiers who were in pursuit of communist New People’s Army guerrillas.

In the same letter, Francisco also asked the national government to give priority to the Dumagat in the issuance of national IDs to avoid suspicion by troopers that the IP group was supporting NPA.

Sembrano said a resolution by tribal councils condemning Francisco has been approved.

Col. Felix Valdez, commander of the Army’s 48th Infantry Battalion, said his unit was in the two towns to secure the Umiray-Angat Tunnel, which conveys water to the Angat Dam for Metro Manila, and to prevent NPA recruitment.

“We do not disrupt. On top of our critical infrastructure security operations, we also protect the people,” Valdez said.

He added: “The military is not the cause of hunger. In fact, we are helping ease hunger through training and livelihood support.”

Valdez said the 48th IB has also conducted six major outreach activities, including the Kabalikat sa Kabuhayan at Kaunlaran in Sitio Ipo Dam at the village of San Mateo, Norzagaray.