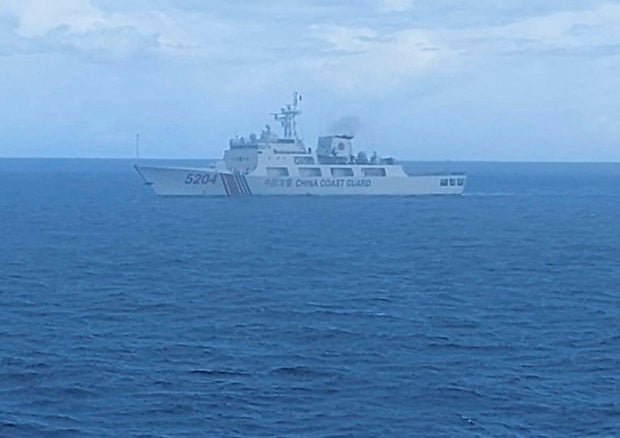 The agency sent a patrol ship that closed within a kilometer (0.6 mile) of the Chinese coast guard vessel and they communicated to affirm their position and their nation’s claims to the area, said Aan Kurnia, chief of the Indonesian Maritime Security Agency.

“We asked them to move out as it was Indonesia’s EEZ. But they insisted that it is China’s nine-dash- line territory. Our officers at the vessel argued with them until they moved out,” Kurnia said. He said he reported the incident to Indonesian government ministers.

China’s “nine-dash line” delineates its claim to virtually the entire South China Sea. A 2016 international arbitration ruling involving the Philippines invalidated most of China’s sweeping claims in the sea, but China has ignored the ruling and called it a sham.

Indonesia does not have a territorial claim to the South China Sea, but a section of Indonesia’s exclusive economic zone that includes natural gas fields lies within China’s “nine-dash line.”

Chinese ships also regularly patrol off the island of Borneo and near James Shoal east of the Natuna islands, China’s southernmost territorial claim which Malaysia says belongs to it.

The South China Sea accounts for more than 10% of the global fish catch and surrounding states have taken increasingly extreme measures to ensure they obtain their share. Stocks have declined drastically amid overfishing and the destruction of coral reefs, to the point that they may be on the verge of collapse, according to some studies.

The Indonesian patrol ship KN Pulau Nipah 321 has been deployed for such patrols in Indonesia’s western maritime zone until November.

The Indonesian Foreign Affairs Ministry has communicated to the Chinese Embassy in Jakarta to explain the coast guard’s presence, spokesperson Teuku Faizasyah said.